On Saturday, July 23, the Chinati Foundation will open Robert Irwin’s long-awaited (and currently untitled) permanent installation. The opening weekend of pageantry and festivities includes dawn-to-dusk viewings of Irwin’s work, open viewings of the foundation’s collection, and a conversation with Rob Weiner and Jeff Jamieson about the making of Irwin’s installation. 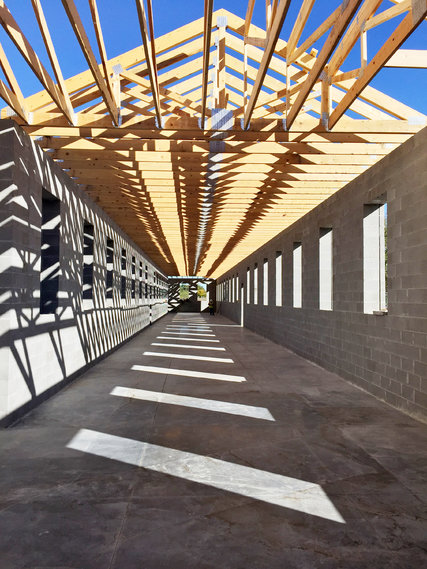 Irwin’s piece has been sixteen years in the making and has come with a few hiccups along the way. To create it, the artist and Chinati decided to demolish and essentially rebuild Fort D.A. Russell’s hospital building. Some Marfa residents criticized the razing of the building, claiming it was not altogether in line with Chinati’s mission or Donald Judd’s ideas for site preservation.

But time marches on, and the much-anticipated installation, which is Irwin’s largest work to date, draws its inspiration from the original structure and from the landscape of West Texas. As with many of Irwin’s works, light and shadow are the primary subjects, creating an immersive space in which viewers can contemplate the open desert landscape and sky visible from inside the structure.