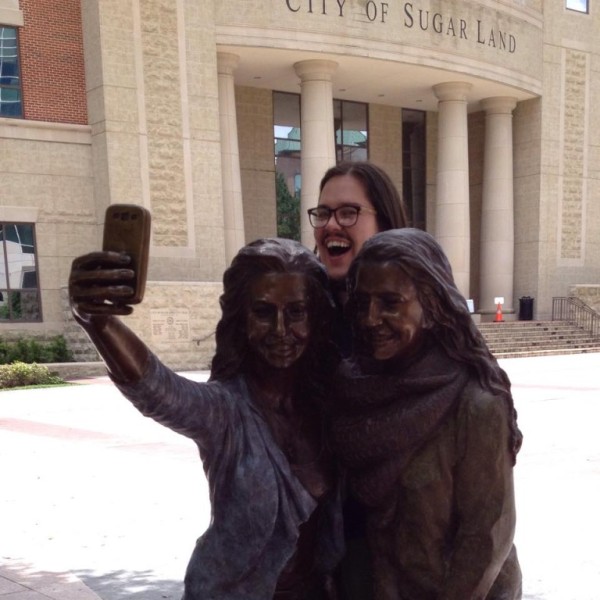 The city of Sugar Land has been under the magnifying glass for the past few weeks. At the end of May, the city installed a selfie statue in the town’s public plaza which sparked a conversation between Glasstire editors Rainey Knudson and Christina Rees (and a subsequent comment chain) on ideas of suburbia and elitism. It appears that now, however, the city is drafting a public art program that aims to “bring more sculptures by regional artists to Sugar Land’s plazas and parks, creating gathering spaces and bringing more visitors into the already growing city.”

Lindsay Davis of the art advisory firm Davis-Cohen Art was hired in 2015 as the city’s first Cultural Arts Manager, and she has been tasked with writing the plan. In an effort to keep the city’s residents’ interests at heart, Davis surveyed community members who ultimately think that the city could better serve the arts by beefing up their marketing and financial support of public projects. Currently, the new public art plan is looking into funding methods—one idea that Davis has mentioned is utilizing hotel occupancy taxes, which brought in $2.5 million to Sugar Land in 2015.

There are currently new building projects and performance spaces in the city that could be great venues for public art. The plaza in which the selfie statue resides has a high traffic flow and lots of space left for the taking. The city is also currently building a $84 million, 6,000+ seat performing arts center to host multi-disciplinary performances.

Sugar Land Gets a Selfie Statue