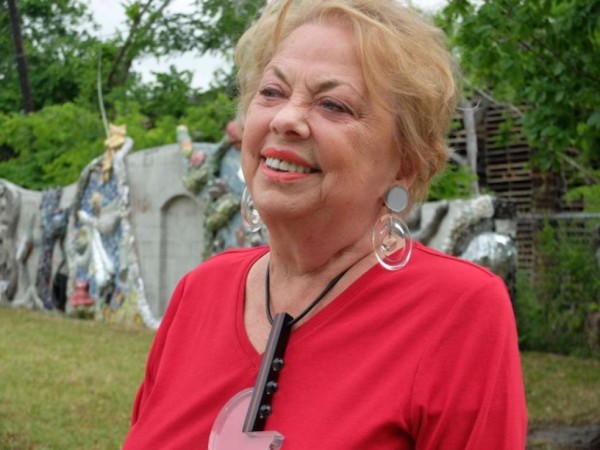 Stephanie Smither. Photo by Molly Glentzer, via the Houston Chronicle

Houston art collector Stephanie Smither died Saturday night, just two days after the opening of As Essential As Dreams, an exhibition of her self-taught art collection at the Menil Collection. Smither, whose husband John died in 2002 from lymphoma, gave much of her collection to the Menil and the current exhibition is a culmination of three years’ collaboration between Smither and the Menil staff. The Houston Chronicle reports that her daughter said Smither, who underwent a double lung transplant two and a half years ago and had been in failing health, told doctors in January that they had to keep her alive for the June 9th opening.

Smither and her husband crossed paths early on with the folk art collector Herb Hemphill, Jr, who imbued them with his enthusiasm and love for self-taught art. The couple amassed extensive holdings of folk art by international artists, and like the de Menils themselves, developed personal relationships with many of the artists they collected. Smither was the driving force behind Smither Park, which opened in Houston in 2013 as part of the Orange Show complex of self-taught artist environments, and which is dedicated to her husband John. In a video about the park, Smither said, “He and I were childhood sweethearts, started dating when I was 12 and he was 13. And he and I had collected self-taught art for probably 25 years… One of the things I love about this is so many Houstonians and people from around will be involved. A lot of Houstonians will be involved.”

Michelle White, the Menil curator who worked closely with Smither on As Essential as Dreams, spoke warmly of “her generosity of spirit in celebration of human creativity.” Gallerist Fredericka Hunter remembered both Stephanie and John Smither as “just plain fun and joyous. The same applied to their collecting. They were quite beautiful – people you were just plain glad to see because of the great spirit behind everything.”

In addition to the comprehensive exhibition at the Menil, sculptures by Isaac Smith from Smither’s collection are currently on view in a small show titled Second Nature at Total Plaza in downtown Houston. Curator Sally Reynolds said of Smither, “She was the quintessential self-taught collector of self-taught artists. Over the years, Stephanie left no stone unturned and developed an extraordinary discerning eye. When she and John collected works from a particular artist, they often became fast friends and grew to love each other.” 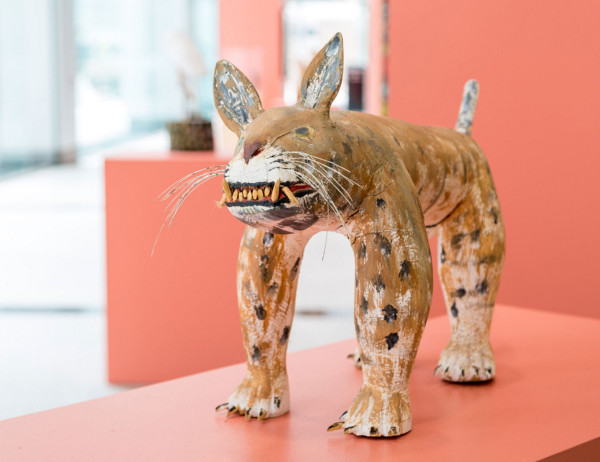 Smither was a longtime supporter of arts causes as varied as James Magee’s The Hill in West Texas; the Orange Show Center for Visionary Art; and the Houston Ballet. But her greatest passion was the collection of folk art she built with her husband. Michael Peranteau, who served on The Hill board with Smither and who honored her as Texas Patron of the year in 2014 at Art League Houston, said “her visionary art collection is something that she wanted to share with people, and Smither Park and the show at The Menil demonstrate how much she loved this work.”

The universal warm praise for Smithers can best be summed up by another comment Sally Reynolds made: “The love she had for life spilled over on so many of us.”

Plans for a service have yet to be announced.

Update: It has been announced that Smithers’ funeral will take place at 10AM on Thursday, June 16 at St. Luke’s United Methodist Church on Westheimer, followed by a reception at the River Oaks Country Club at 11AM. The Menil’s panel discussion Visionary and Self-Taught Art in the Community, originally scheduled for Wednesday, June 15, has been cancelled and will be moved to a later date.