Peter Saul on Gimmicks in Art

by Brandon Zech May 28, 2016
FacebookTwitterEmail 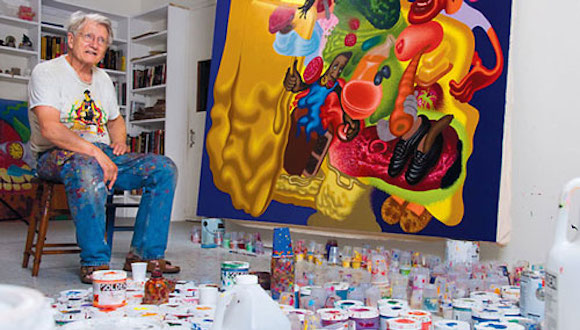 Earlier today I was watching a documentary about a now defunct Texas art collective Rubber: An Art Mob. In the video, the painter Peter Saul said the following about the idea of gimmick in art:

Gimmick just means a style which is not appreciated by the person looking at it. I mean, modern artists stuck with billions of gimmicks: like Jackson Pollock dripping paint off a stick [was the] number one gimmick after World War Two, and was even called a gimmick by TIME magazine and various officials until finally, at a certain point, you get the right people behind it for it to stop being a gimmick and become an art style.