Claire Danes is the New Full-Season Host of ART21 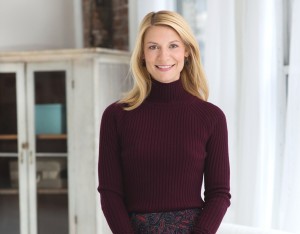 Claire Danes, the star of Homeland (and of course My So-Called Life) will be the full-season host of ART21, (Art in the 21st Century) the Peabody-Award winning PBS series.

For this season (the show’s 8th), the connecting theme is “Cities” and will cover artists in Chicago, Mexico City, Los Angeles, and Vancouver. Among artists profiled over its four episodes are Pedro Reyes, Theaster Gates, Jeff Wall, Diana Thater, Chris Ware, Nick Cave, and Liz Larner.

This is the first season of the show to go on without its founder, Susan Sollins, who died in 2014. Tina Kukielski is the series’ new executive director.

Here’s the trailer for the season, which kicks off on September 16 on PBS.

Susan Sollins, the force behind ART21, Has Died

Artists as Human Beings on TV