by Paula Newton May 18, 2016
FacebookTwitterEmail 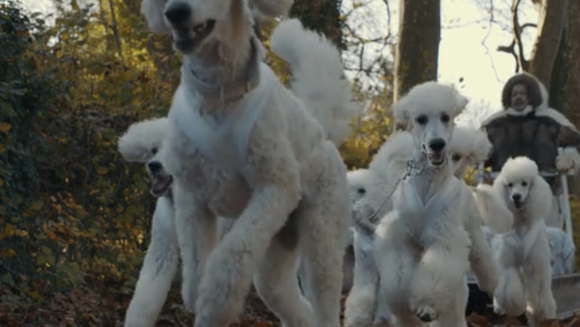 Houston native Mel Chin’s Kickstarter campaign, “The Arctic is Paris,” has three days left to reach its goal. The conceptual/visual/sculptural/surrealist/political activist artist is making a short film “connecting the Arctic, Paris, and the world, with poodles, and an Inuit hunter giving an urgent climate change message.”

Filming was interrupted by the ISIS attacks in Paris, so Chin had to rescript the film, telling Hyperallergic, “More than time and money, being empathetic to the shock and grief that the city had to bear was a weight all of us carried.” While project is well on its way to funding the post-production, there are still plenty of gifts left for $20 donors: a 8” x 10” glossy photo head shot of one of the sled poodles, signed with an individual paw print. View Chin’s plea here.