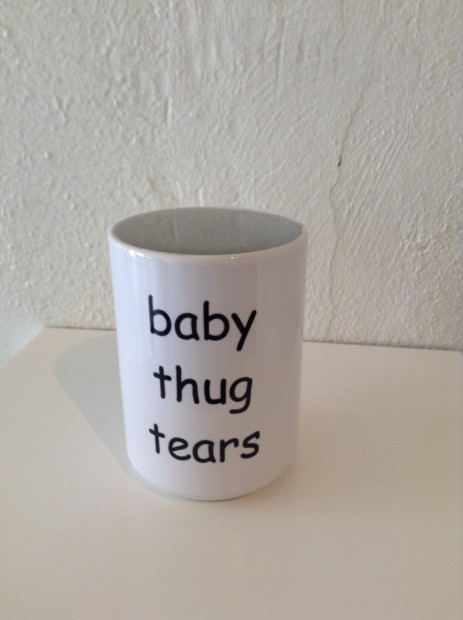 In conversation, Pierre Krause won’t delve into a specific personal history, but the gut punch in the artist’s emotional life is right there in the objects. In a solo pop-up show at Black Lodge in Dallas called Whatevs, It’s Chill, Krause has casually stationed ten or so recognizable items (a mug, a motorcycle helmet) throughout the raw space—some barely transformed with maybe a few swipes of a Sharpie, some changed more so—and while the total effect is lighter than air, once you take a moment with each and then absorb the whole scene, you realize you’re witnessing a heart going up in flames. The show is a tiny, one-room minefield of missed or lost human connection. This artist can work the veneer of humor like a pro, but it’s in service to the subtlest (and therefore more powerful) fact of how terrifying one person’s longing, hope, and disappointment can be.

I don’t know if there’s one person (or notion) as the central cause of Krause’s torment, or several, but there’s no doubt that Krause is a casualty of some reckless handling. This show is good, and very quiet and sad, and surprising. My understanding is that Krause’s recent show down in Houston was funny and honest and sad as well. 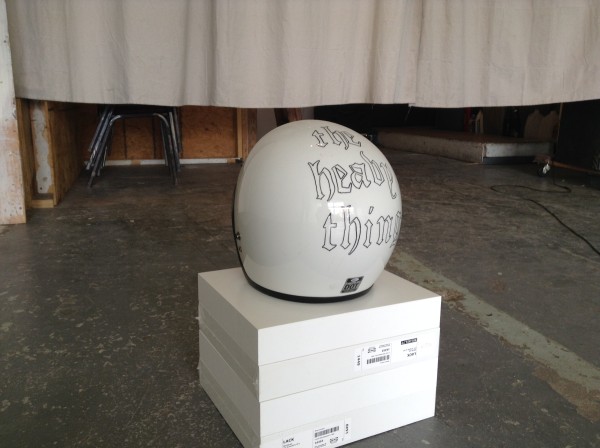 Connection being the key here, it makes sense that text is a big part of Krause’s toolkit. Again, it can come across at first as jokey or tossed off, but the artist uses it carefully.

Here are a couple of text lines (a poem, really) from a photocopy zine the artist put together for the show:

can rly pull off a monolith

you leave an empty seat next to you

is this an invitation?

to what and where?

no i don’t want to kiss you anymore

not if it comes as such a slap

so far from the ass

and more strangling to what is called a heart

On the subject of text, Krause feels the works’ titles are important. I like titles, but I don’t know if a work’s impact should be at all reliant on its title, which is, in the extended life of an artwork, usually not accessible to most viewers. I don’t think Krause needs titles to do any heavy lifting. Nonetheless, the motorcycle helmet is titled THE HEAVY THING (or this is the helmet i wore when we rode ur bike but we broke up so do i give it to her now or nah). There’s a keychain titled JUST FOR TODAY and its description is: keychain from someone who liked me for just about that same amount of time but it’s chill. Sometimes for Krause, the only transformation in the object is its title and description. This is tricky—this old gem of conceptual faux-shorthand—but it can work. But the show’s title is apt. Whatevs, It’s Chill is of course what we tell ourselves when it’s anything but. 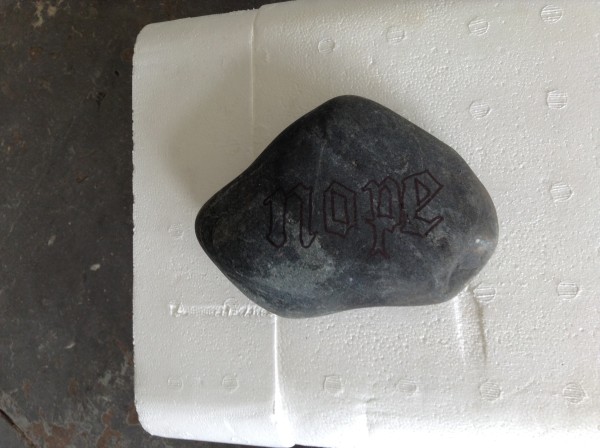 There’s a deftness in Krause’s touch that wows me and worries me. I don’t think Krause is using humor to hide anything; I think Krause is complicated, and feels almost everything very, very deeply. I think Krause might be one of the most porous artists in town. And this is a good omen for the work. But again, unless you look twice, you might miss the impact. Krause’s specialty is teasing out the softness in hard feelings—presenting a hard physical object but imbuing it with a sentimental and poetic (though not cliched) subtext. This is an almost shy bid to communicate something we’re really, as adults, not much given permission to feel anymore. A kind of open, unfiltered longing and hurt that gets beat out of us over time by life experience. Again, though, blink and you might miss Krause’s gesture. 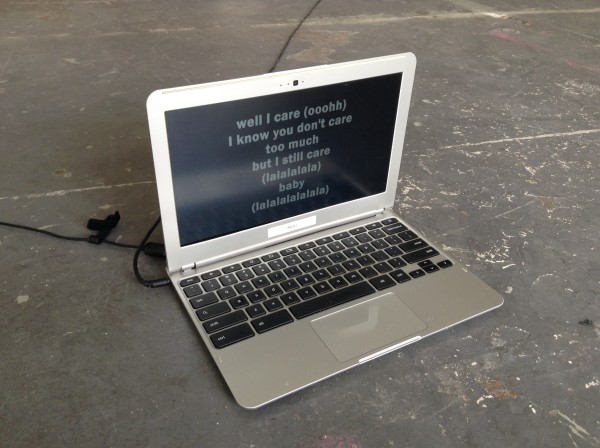 Still, I could never suggest Krause “scale up” or “hit harder”—this is a quiet, almost pleasurable suffering. This is the roiling guts of a teenager sprawled on the bedroom floor wearing earphones listening to the saddest songs on any playlist and indulging in the intensity of real and even dramatized heartbreak. Krause puts these feelings back in front of us—still keening!—but here the presentation and transformation is sophisticated and contextualized enough to know you’re in the hands of grownup (artist) and not that teenager. The self-knowledge here is palpable, and it’s reassuring. (Otherwise we’d wonder if it’s even art.) As Krause said to me (I paraphrase): I don’t know why I do it, but I’m like “the last girl” in a horror movie. I just keep running right toward the most terrifying thing.

I don’t know how young Krause is; young, yes, but this is not the kind of info this artist divulges. I know that an artist finding a sweet spot between seriously uncomfortable emotional honesty and droll presentation is rare these days, so I’m pleased Krause is—while suffering—also running right toward it.

I went into Krause’s show at the Gimp Room in Houston with low expectations (bits of conceptual art made from found objects scattered around a space by a young artist = recipe for crappy show) but I found it to be very touching. I was surprised, because I would have expected a show with a plastic dog turd in the corner to be shallow and cynical. It was anything but.

I have know Pierre for maybe 15 years now, she is one of my favorite and most beloved individuals in my years. Her talent is not even close to being reached yet, as a fellow artist who has been creating/showing for years…i can say with all confidence that her potential is massive and she is just beggining to find her craft! Love you Peety!!!