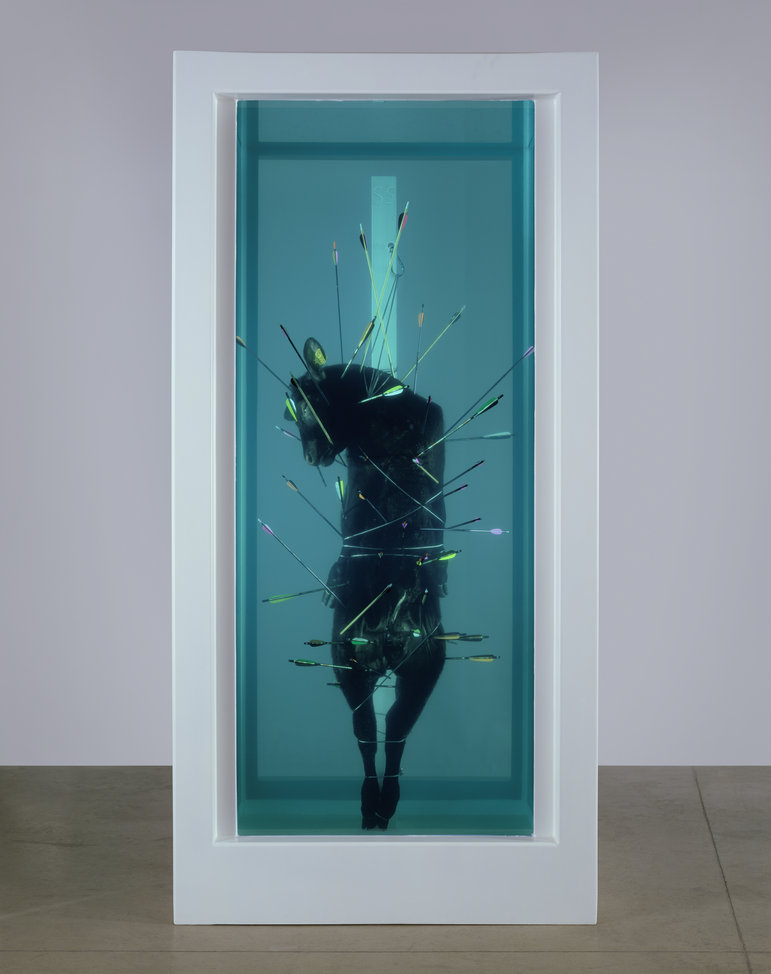 Damien Hirst uses real formaldehyde as the preservative in all his be-tanked dead-animal art. (He could use something less toxic but seems to prefer old-fashioned, real-deal formaldehyde.) Museums and large private collections are often reluctant to collect these big showstopper pieces because they’re so difficult to move (drain and refill, etc.) and the animals slowly decompose at any rate. The formaldehyde is really dangerous to work with. These works are a conservationist’s nightmare.

Results from a study to assess the fume levels in the galleries at Tate London during Hirst’s show in 2012 recently report that (via Artnet) “the levels of the carcinogenic chemical around the cases were at five parts per million, which is ten times higher than the recommended limit.” Yow. So the sealant on some of Hirst’s glass cases isn’t always airtight.

(The Goss-Michael Foundation in Dallas owns Hirst’s 2007 work Saint Sebastian, Exquisite Pain, which is a arrow-filled bull in a ten-plus foot tall formaldehyde-filled glass tank. The Foundation has had it on constant display for years, across two locations. And the foundation has been in the midst of another recent move. Take care, Goss friends!)