In 2006 I wandered into a William Wegman retrospective called Funney/Strange at the Brooklyn Museum of Art. Like many people, my knowledge of Wegman’s art was mostly limited to his photographs and videos of his Weimeraner dogs—work that was a bit suspect because, no matter how clever it might be, it was also popular and accessible, available for sale on calendars and note cards.

But the Brooklyn exhibit was a revelation, rich with Wegman’s spare, absurdist drawings and videos from the early 1970s, and his wry, colorful postcard paintings that began in the mid-1980s. The show illuminated what curator Trevor Fairbrother called Wegman’s “profound sensitivity to the odd,” and I realized that I had misunderstood the artist’s larger project, and totally underestimated his influence. Wegman was an outlier in his generation of artists who, as Dave Hickey said in 1990, could claim to be spiritual father to some of America’s “most serious new art,” as well as the spiritual father of America’s Funniest Home Videos. 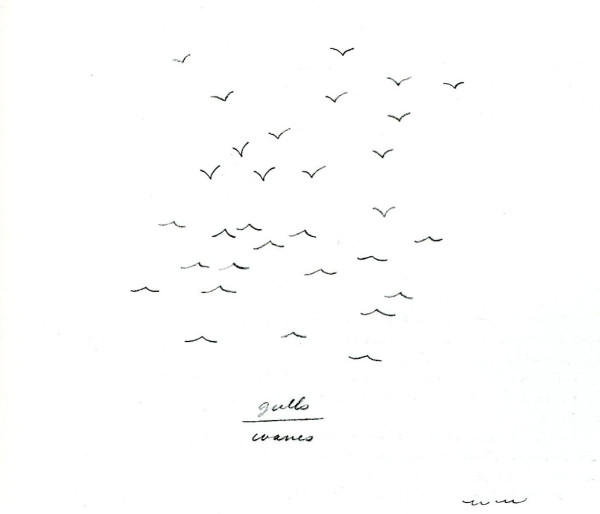 Many artists aspire to reach a wide audience and defy the conventions of art market expectations, but few are able to pull off that trick. Art that’s popular outside the art world is rarely rewarded inside the art world, for the obvious reason that few artists can make popular art that is very good—Andy Warhols and Laurie Andersons just don’t grow on trees. But William Wegman has been one of those rarities who successfully bridged the gap, rewarded with museum retrospectives as well as gigs making videos for Sesame Street and Saturday Night Live.

In the late 1960s when he was a student, Wegman began making videos with some of the earliest video equipment available. Like his contemporary Bruce Nauman, he often made deadpan black and white videos of himself in his studio—but unlike Nauman, Wegman understood the power of editing. His videos were rarely longer than 2 minutes, and sometimes as short as 20 or 30 seconds. In a recent article in the Guardian, Wegman says of these early videos, “Narratives were considered not so cool. Having a beginning and an end seemed kind of radical.” Wegman’s radical move was to create little stories, as opposed to the Warholian exercises in boredom, stamina and nothingness that characterized so much art film of the 1960s.

Wegman was attracted to video not only because it was a new technology but also because as a medium, it was a complete departure from painting, which he had rejected after earning an MFA in it, in the full fervor of 1960s anti-painting sentiment. He also recognized the limitations of the cognoscenti as a fan base. In an interview with the New York Times from 2006, Wegman says, “I started to reach, which is what I wanted to, an audience which wasn’t just exactly center to the art world.” 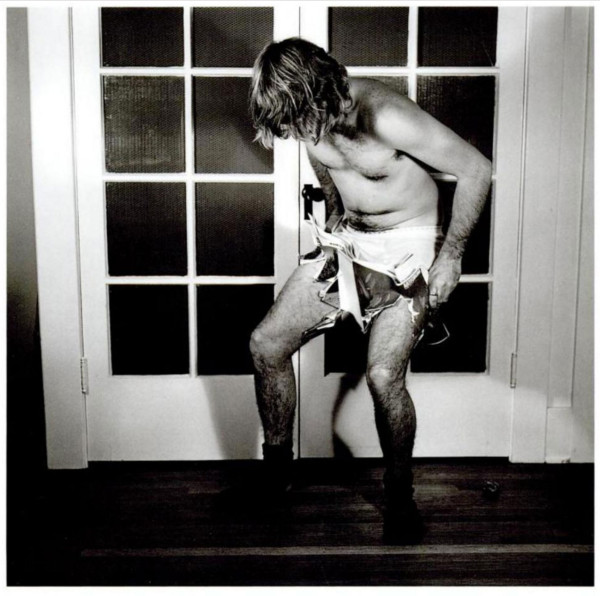 William Wegman, Getting Into Artforum, 1970

There is a strong anti-art aspect to Wegman’s body of work. Sure, he makes inside jokes for the choir (“Getting Into Artforum”), but even those works have a broad appeal couched in the universal language of humor. This explains why he still, at 72, is not fully known and understood in some corners of what has become an increasingly predictable and conservative art world. He is an artist who has built a life, and a rich body of work, that goes far beyond the confines of our little orbit.

And so, we asked him to come to Houston. 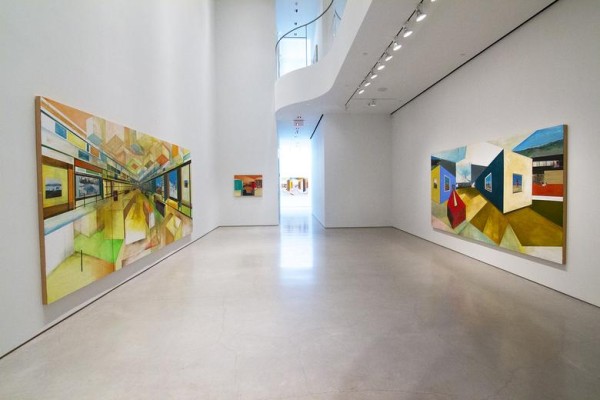 Once again, we are excited to invite our digital audience to log off their devices, and join us for a relaxing and stimulating afternoon with one of the greats. If you are unfamiliar with Wegman’s work, I urge you to attend his talk on April 30th at Rice University. Wegman has a reputation as a witty and entertaining speaker. It should be a great time.

Wegman will also be signing copies of his new book Paintings, which chronicles his postcard paintings. Of his return to painting after rejecting it early on, he says “I had made a big deal about accepting the fact that painting was dead, but I think I just said, it’s dead but so what? And I started to paint again.”

We’re a Texas art magazine that only exists in the virtual nether, but so what? We can bring artists to Texas for our readers to engage with live and in-person.

For more information and to purchase tickets ($25 / $10 for students and artists), visit https://glasstire.com/offroad

Complimentary cocktails (thank you Deep Eddy Vodka!) will be available starting at 3:30pm, with the talk and book signing beginning at 4:30pm.

Special thanks to Emily Todd and Fredericka Hunter/Texas Gallery for their support of this event. Our presentation of William Wegman was made possible in part with funds from the Texas Commission on the Arts.

Bayou City Art Festival is Going to be...