Houston vs. Dallas: Who Has the Better Art Week? 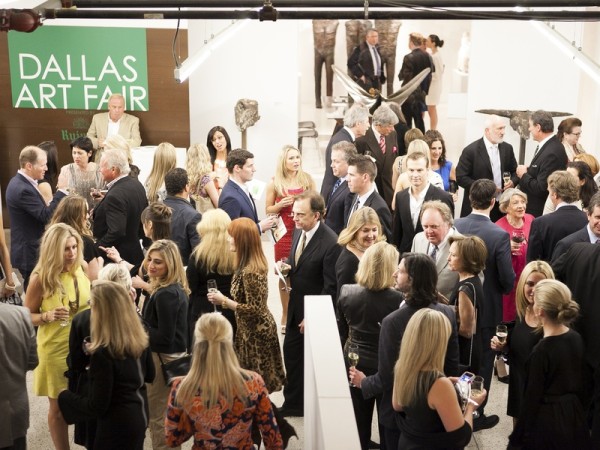 Opening night at the Dallas Art Fair: totally not about the art.

This week all the air in in the Texas art scene is getting sucked out of the room by the two biggest art cities.

Dallas has the Dallas Art Fair, which is currently the best art fair in Texas (that might be setting the bar low, but as regional art fairs go, Dallas has a good one). The opening night “Preview Gala” on Thursday, a $250 ticket, has solicited its share of grumbles among Dallas collectors, who are used to getting into vernissages for free, and who already support the museums who benefit from opening night. But the gallery list looks pretty interesting, and DAF has gotten better every year. Alongside the fair are many pilot fish exhibitions, some of which should be great. We’ll have highlights on the Top 5 list tomorrow.

Down in Houston, UH is presenting CounterCurrent, its annual multidisciplinary festival of performance art. There are events every day, including Remote Houston, a guided listening tour (which is reminiscent of the 2014 CounterCurrent project The Invisible City, which is reminiscent of artist Carrie Schneider’s 2013 project Hear Our Houston, which was itself inspired in part by the 1987 project The Human Tour). Other CounterCurrent events of note include Ghana Think Tank’s What’s Your Houston Diversity Problem?, which explores how Houston can be the most diverse city in the country and still not feel so diverse.

Which city has the better offerings? You have to pick only one! 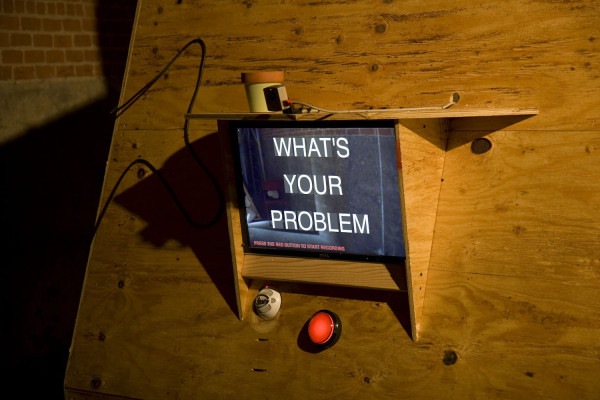