Frank Stella Himself Talks to DFW and Houston This Week 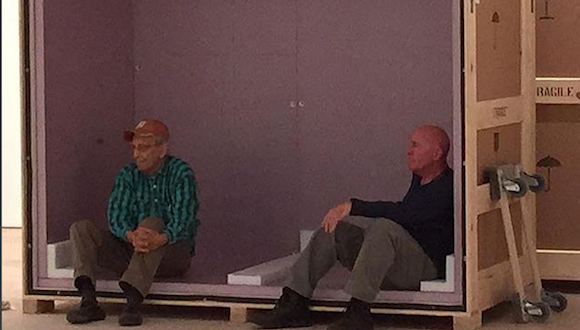 Tomorrow, April 12, the Modern Art Museum of Fort Worth will host artist Frank Stella in conversation with  Michael Auping, the museum’s Chief Curator. It’ll be packed. The talk accompanies the museum’s big upcoming show Frank Stella: A Retrospective (read reviews of the show in the NYT, The Guardian, and the WSJ), which was organized by the Modern along with the Whitney Museum of American Art (where it’s traveling from), and it opens in Fort Worth on April 17. Chronicling Stella’s career from the 1950s to the present, the show is huge, and includes paintings, reliefs, maquettes, sculptures, and drawings, and is the first comprehensive exhibition of Stella’s work in the US since 1987.

If you can’t make it to Fort Worth, Stella will be in conversation with Gary Tinterow at the Museum of Fine Arts, Houston on April 14.