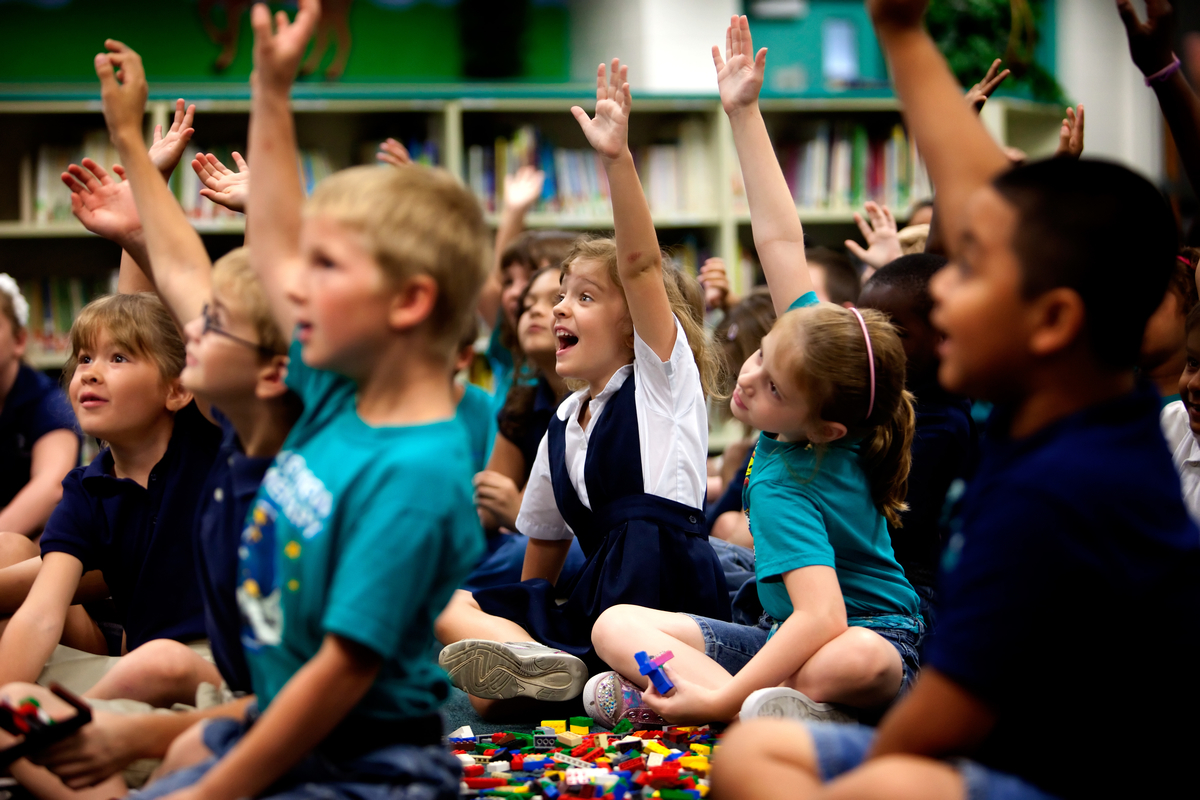 I’m a grade-school teacher, and every day I have lunch duty. I monitor the second graders, making sure they don’t play with their food and hurl spitballs at each other and such. For a while we had trouble getting them to pick up after themselves; each day looked like a trash cyclone had struck, leaving Lunchable containers and cheese-stick wrappers in its wake. Instead of nagging endlessly at the kids to pick up their own trash, I started scoping each class for the quietest child who finished his food and anointed him the “trash collector.” I established a hierarchy, rewarding this person while making everyone else envious of the kid who got chosen to do a job nobody wanted in the first place. And the tables suddenly started looking cleaner.

Most working artists today (myself included) remind me of my second graders. And I don’t think this is because artists are naive, childish, selfish human beings. I think it’s because they’re treading water in a miasmic art world devoid of guidelines and structure. It may seem liberating, but it can also feel incredibly confusing, and I think intentionally so. Plenty of higher-ups in this world capitalize on this confusion by planting seeds of self-doubt and insecurity in impressionable artists, particularly younger ones eager for validation. Young artists especially feel their livelihoods depend on hierarchical validation.

Think about it: when is the last time you’ve attended an opening or lecture and were completely unfamiliar—or at least only tangentially familiar—with the artist’s/curator’s/historian’s work? But you received a slickly designed press release for it, and the gallery or museum casually threw in a few buzz phrases to make sure you knew the person on display was of a particular pedigree. Our perception thus shifts from How come I’ve never heard of this person before?  to What have I missed that made me unfamiliar with this person, and why does everyone else seems to know about him?

It’s no surprise that art institutions have perfected the art of passive-aggressive marketing. What is surprising is how often we fall for it. Navigating the art world can feel nauseating, jockeying between our sincere desire and purpose to create something meaningful, and a simmering anxiety from a fear of perpetual inadequacy. It’s no wonder so many artists feel ultimately exploited and powerless.

I was perusing various articles recently and came across two that struck me. One was called Go Pro: The Hyper-Professionalization of the Emerging Artist, and the other was a reaction to it called How to Be an Unprofessional Artist. As writer I agreed with most of the sentiments in both, but as an artist, I found these features frustrating and unhelpful. Both essentially described and railed against the polished emerging artist and his early, overinflated position in the market. Boiled down, they called for a more authentic artist, one that at least occasionally fumbles and falters, and they called for collectors to base their purchases on passion rather than market speculation.

We’ve read this kind of thing before, and these are lovely statements. But it doesn’t surprise me that both authors come from art centers. And it makes me wonder: how many artists in these cities are more obsessed with networking with the right people than simply making their work? I think about myself and the artists in my own community and wonder what it really means when one of the authors writes that “…in a moment of monotony and conformity, artists must reclaim their freedom.” How does an artist reclaim her freedom? Start a picket line in front of a gallery? Abstain from making art altogether?

It occurs to me that artists already have their freedom. Yes, the market can be cynical, cruel, and fickle, and to think otherwise would be naive. But no one forces us to play that game. If you choose to (and can) live off your work, and you can turn yourself into a commission-only salesperson, and lend much of your creative process over to brokers and businesspeople: great! That’s your choice. But no one is making you do that.

Because the wealth of possibilities of how an artist can function and flourish is so vast and confusing, I think people read myopic articles written from art centers like these and think that because these communities care so much about reacting to and making art for “the market,” they should too. But again, not everything revolves around the art market. You don’t have to worry about your position on ArtRank if you aren’t participating. Artists figure out the work-arounds: If no one will show your work, then start your own gallery in a house or a bus or a box or an old shoe store. This happens here all the time.

I think the authors’ sentiments are well-intended because they understand how easy it is for artists to feel powerless or to be manipulated. There’s so little concrete measurement for success in art, so many look outward, to business-minded gatekeepers, for validation. In an earlier post I suggested young artists articulate their goals while in school—not so they can become over-polished robots—but so they can think carefully about how they want to participate in an art world that is so elastic, so they can determine for themselves what “success” means, and understand what is and isn’t in their control.

Berardini wants artists to be more human. Seems easy enough, right? But it’s not, because being an artist is hard. It takes courage to follow a passion that friends and loved ones may not understand. It takes fortitude to pursue that passion amidst kids and jobs and relationships and families and everyday life. It takes patience to see a project through, and it takes toughness to deal with rejection. If an artist wants to take on a skewed market riddled with conflicts of interest and over-speculation in addition to all that, then that’s his choice. But all too often, we forget that that it is only one choice among many.

I absolutely love this article! I think it is so important for artists to reclaim their passion and individualism of the craft and not be so concerned with art societies false standards. Being an artist myself, I have thrown out the traditional method of furthering my career by soliciting galleries and decided to put more effort in working among the community (schools/museum workshops) and non-profits where we both can benefit as well as reaching out to the more plugged-in masses via Youtube and social media. So far, I feel it has worked for me. Thanks for a refreshing read!