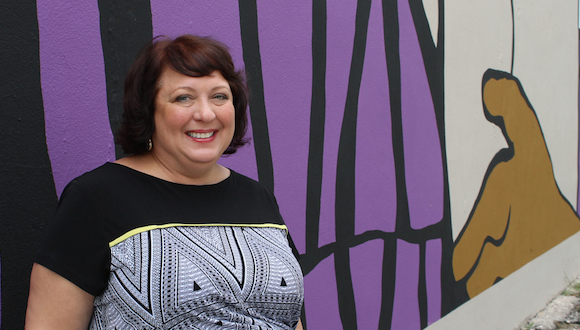 The Houston First Corporation recently announced its appointment of Christine West to develop an arts and heritage program for the organization. Her position will include the curating and execution of exhibitions and special events at Houston First’s many properties, including the George R. Brown Convention Center. (Hopefully the Houston City Council won’t threaten to shut down West’s exhibitions).

West is a longtime staple of the Texas art scene. She has worked at the Galveston Arts Center, the Orange Show, and, most recently, had an eight-year tenure as the director of Lawndale Art Center. Houston First president and CEO Dawn Ullrich hopes that West’s knowledge of regional artists will “help [the organization] engage the community to tell Houston’s story in a unique and authentic manner.”

I’ve known her since her days in Dallas. A real jewel, I’m sure she will do a great job.