When thinking of Instagramable places in Texas, certain spots come to mind: Prada Marfa, Cadillac Ranch, and Austin’s “i love you so much” wall, to name a few. TIME, however, just released a list of the most photographed (i.e. Instagrammed) places across the U.S., and the Texas hot spot is maybe not what you’d expect. 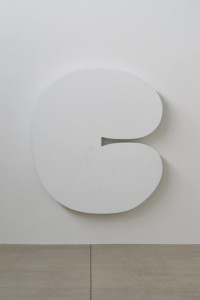 Topping the Texas list is Dallas’ AT&T Stadium, in Arlington. The home base of the NFL’s Dallas Cowboys is also known for its art collection. As we’ve noted before, the collection includes pieces by international artists like Jenny Holzer and Lawrence Weiner, as well as works by home-grown favorites like Annette Lawrence and Trenton Doyle Hancock. More recently, in November of 2015, Cowboys owners Jerry and Gene Jones purchased a $2.3 million Ellsworth Kelly sculpture for the collection.

The stadium itself has been well-received by the architecture community; in 2014, it was featured on Cool Spaces! The Best New Architecture, a PBS series on contemporary architecture. The stadium also boasts that it houses the “biggest canvas ever.” Yeah, yeah: everything really is bigger here.

I wouldn’t sell one of my works to Jerry even if he wanted one. I’m an artist but I have principles.

I would totally sell one of my works to Jerry. I too am an artist and I too have principles. Go Boys! Go Texans!