Lynn Wyatt to Auction Her Gowns for Rothko Chapel 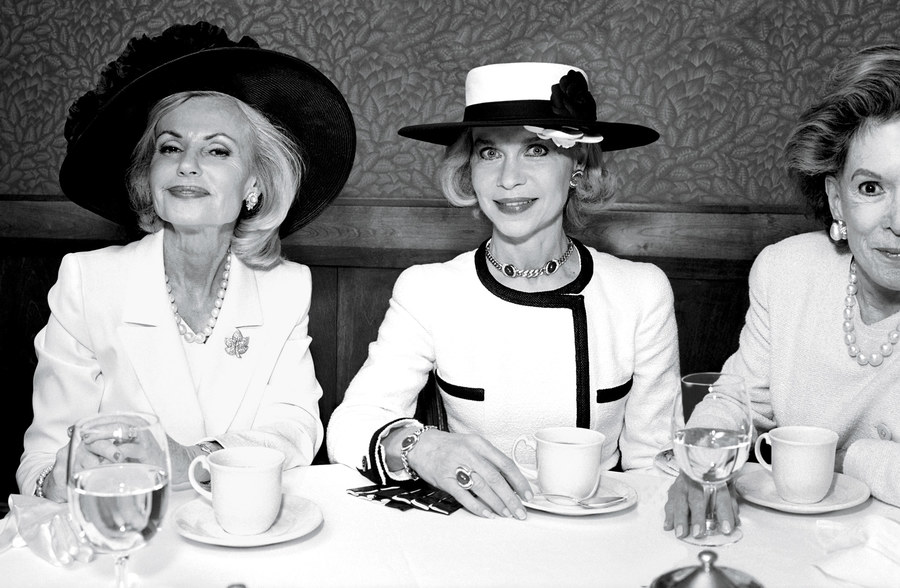 Vanity Fair has a long, fascinating piece on long-time Houston socialite Lynn Wyatt, filled with so many intriguing stories and so many glamorous names that it seems almost impossible to believe.

According to the article, Prince Rainier and Johnny Carson played a doubles match against Prince Albert and Douglas Wyatt on her tennis court. Ryan O’Neal and Farrah Fawcett joined the honeymoon stay of Liza Minnelli and Mark Gero at the Wyatt’s home in the South of France. At a recent benefit at the Museum of Fine Arts, Houston, her BFF Sir Elton John sent in a video to tell her, “You’re the most glamorous person I know.” Lady Gaga told her, “When I grow up, I want to be Lynn Wyatt!” These stories go on for pages and pages.

Almost lost in the extravaganza of glamour is the mention that Lynn Wyatt will be auctioning off a selection of her favorite couture gowns (by designers such as Yves Saint Laurent, Givenchy, and Valentino) and other items from her River Oaks residence (including signed printed matter from Helmut Newton and Saint Laurent) to benefit one of her most cherished causes, Houston’s Rothko Chapel. (In 2013, Wyatt was appointed as the cultural ambassador of the chapel.) It will be run through the online auction house Paddle8. It’s not up yet, but mark your calendars. The auction runs from February 15-29.