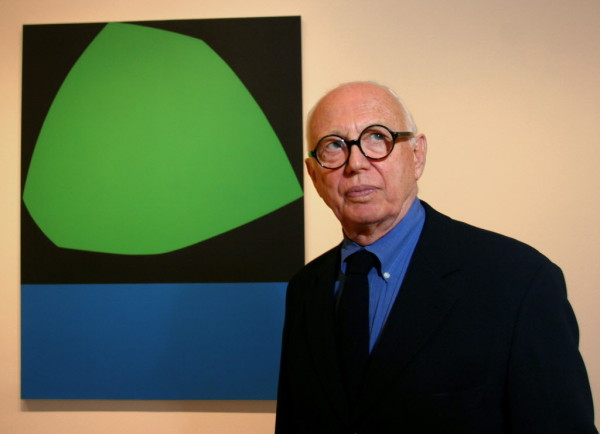 Kelly pictured at the Dallas Museum of Art ahead of his 2004 exhibition. Image: Dallas Morning News.

Ellsworth Kelly died today. He was 92. His death was announced by his New York-based dealer and gallerist, Matthew Marks. One of the most prominent post-war abstract artists in the world, he remained active until his death.

This included his work on the announced Ellsworth Kelly-designed building going up on UT Austin’s campus titled Austin, as part of the Blanton’s permanent collection.

Via Holland Cotter at the New York Times:

Born in Newburgh, N.Y., on May 31, 1923, Mr. Kelly studied painting at the School of the Museum of Fine Arts in Boston after his discharge from the Army in 1945. But his formative years as an artist were in Paris, which he had visited briefly during World War II, and where he returned to live in 1948 with support from the G.I. Bill.

He lived and worked in Spencertown, New York. For more, go here and here.