This month the Blaffer Art Museum at the University of Houston received a $1 million bequest from the late Jane Dale Owen. The granddaughter of Sarah Campbell Blaffer, Owen had long been involved in the museum’s operations, including serving on the institution’s advisory board and executive committee.

As reported by the Houston Chronicle:
The unrestricted gift will help to create an endowment for exhibitions and public programs. Blaffer director and chief curator Claudia Schmuckli called it “truly transformational.” She’s thrilled that the funds will be focused on the creation and appreciation of contemporary art.

This is the largest gift the museum has received in its 42-year history. 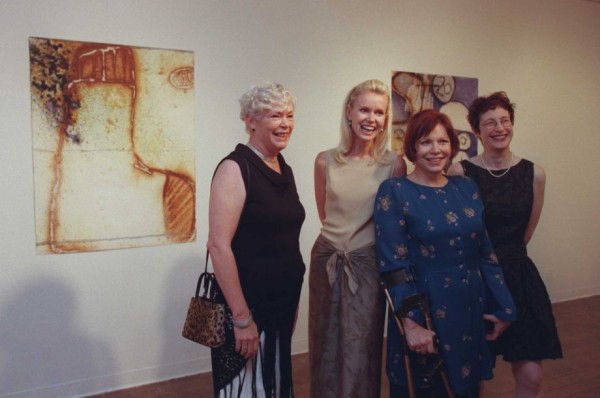 Jane Dale Owen, in blue, was honored during a 2000 Blaffer Art Museum gala. Image via chron.com