Botched Restoration May Not Be So Botched 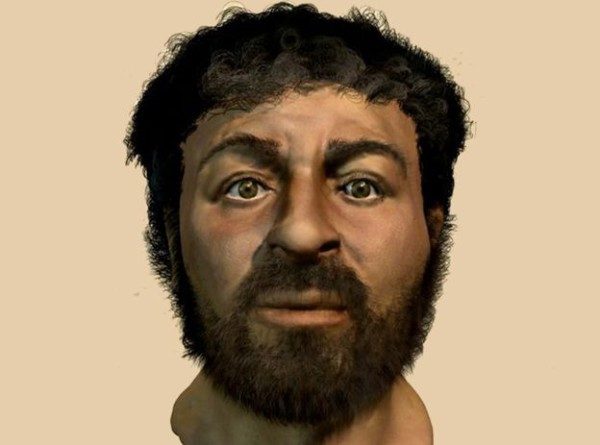 Maybe this has been happening at Christmas for years, but this image of a Galilean man created by a forensic anthropologist has been popping up recently on the Internet and in news articles with titles such as “What Did Jesus Look Like?” It was actually created back in 2001 for a BBC documentary, Son of God, working on the basis of an actual skull found in the region. Forensic anthropologist Richard Neave did not claim it was Jesus’s face. It was simply meant to prompt people to consider Jesus as being a man of his time and place.

Perhaps the Spanish amateur restoration artist Cecilia Giménez had this image in mind when working on the now-infamous “Beast Jesus.” It seems to look more like Neave’s Jesus than the original painting did. Happy birthday to both versions! (Most scholars agree that Jesus was not born on this day, but that’s another story.) 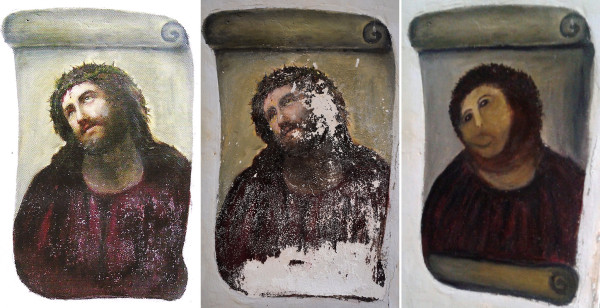 The three versions of the “ecce homo” fresco of Jesus. From left, the original version by Elías García Martínez, a 19th-century painter; a deteriorated version of the fresco; the restored version by Cecilia Giménez. Credit Agence France-Presse — Getty Images

Another Botched Art Restoration in Spain