“It takes strength to be gentle and kind,”

– The Smiths, I Know It’s Over 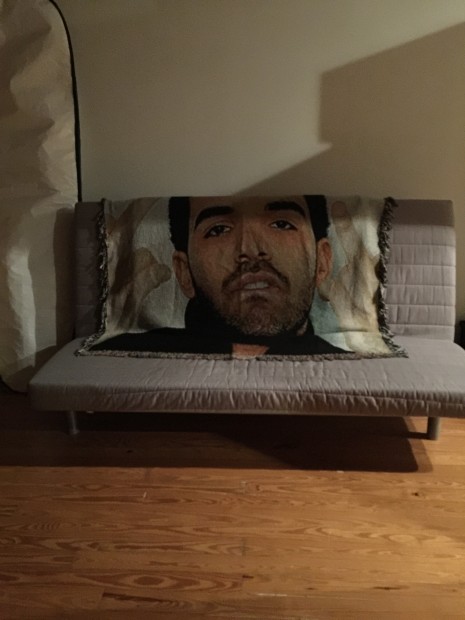 Hip-hop is pretty weird these days. There’s a self-aware genius to the genre that Dallas-based artist Pierre Krause has fallen in love with. For Krause, the rapper Drake stands at the forefront of the genre’s popularity and strangeness—a former Canadian teen-soap star who raps on sentimentality. Krause finds him fascinating as well as comforting, and features Drake on a recent piece (Drake’s giving the middle finger on a giant knitted “security” blanket) which has been featured in group shows Sundowner at Circuit 12 in Dallas and well as the recent Girls at Night on the Internet at Alt Space, Brooklyn. Sundowner also traveled to the gallery Reunion in Zurich, Switzerland.

“In terms of survival, Drake helped me hold my head up high and keep going. That sounds completely ridiculous but people who get that, they really get it.” 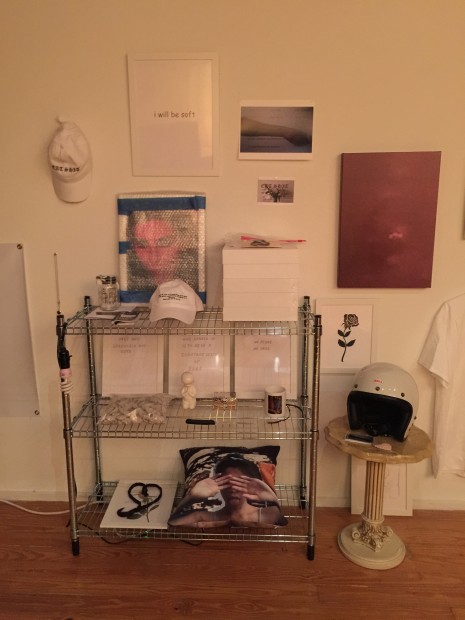 “Be fucking modern. If someone is taking a selfie with your piece, I think that’s fucking valid. I think that means you’re on to something. I’m glad you’re vibing out.”

Krause shares an airy loft with their partner in the Expo Park neighborhood. Used as inspiration during studio time, the artist has an impressive record collection (Krause once performed under the moniker ‘Pierre Burger’—a one-person punk-performance piece), and the artist uses it for a vinyl night to DJ with fellow artist and collaborator, Gregory Ruppe, at Off the Record in Deep Ellum. Records by Marianne Faithful, Gary Numan, Prince, The Flying Lizards, and of course, Morrissey, are among the no-wave, hip-hop, and post-punk vinyls they spin.

Krause is practicing more self-love of late, allowing for more experimentation and dexterity in the work, and morphing it beyond what has been self-proclaimed, “Conceptual-lite.” In Krause’s work, empathy abounds, with each new show serving as a tender love poem to the artist and fellow romancers. “You just see rappers and how much they love themselves, that’s beautiful. Nobody is told to love themselves. And rappers wake up every day and they’re like ‘I’m great. I’m a genius. Look at me.’ Why don’t we take that on?” 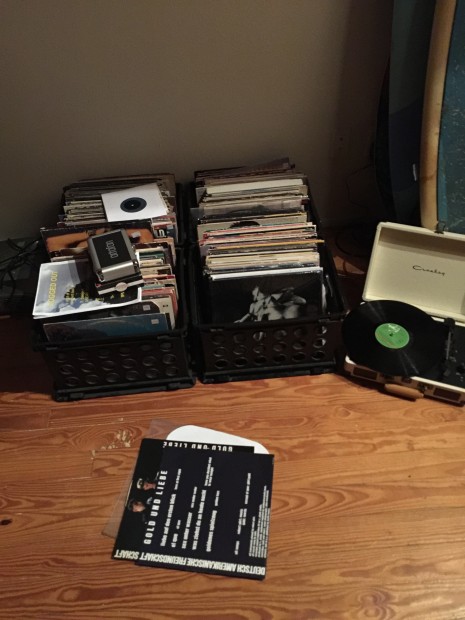 A majority of Krause’s current work is text-based and plays on the push and pull of a tender/rough binary. A turn of phrase they select is printed on white paper in Old English lettering, which to Krause denotes a sense of linguistic toughness or authority, but the words themselves are vulnerable, scared, and scarred. A text piece reads: Finding it rly hard to pretend that art matters when black lives and trans lives don’t even matter.

“That contrast is very much a part of me,” says Krause. The artist draws parallels to the dichotomies in rap. “Drake will have a song about strippers and money, then he’ll have a song singing about his mother. People disregard him as a rapper, and I can see how that relates to me.” 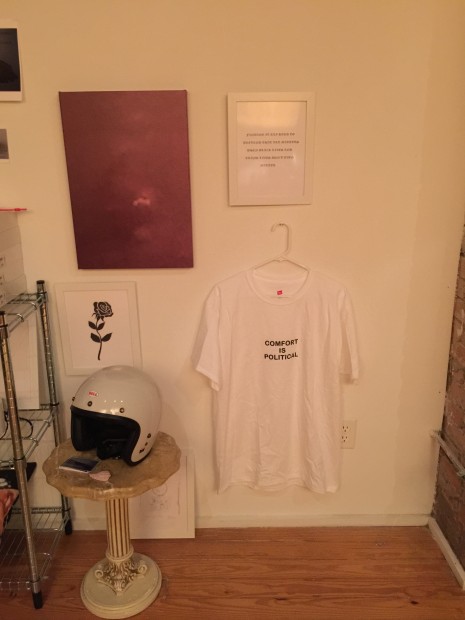 Krause says isolation and loneliness has always been a part of their “thing,” which can mean the artist’s practice, as well as everyday survival. Krause’s travels of late have opened up new windows of feeling, leading to new intuitions. Krause makes music again, recording new noises in the loft for lo-fi recordings to be posted online and perhaps, a return to performing live. Krause says their true studio is the notebook that sits on a table in the living room. It’s where the artist collects all the ideas for future works and shows. 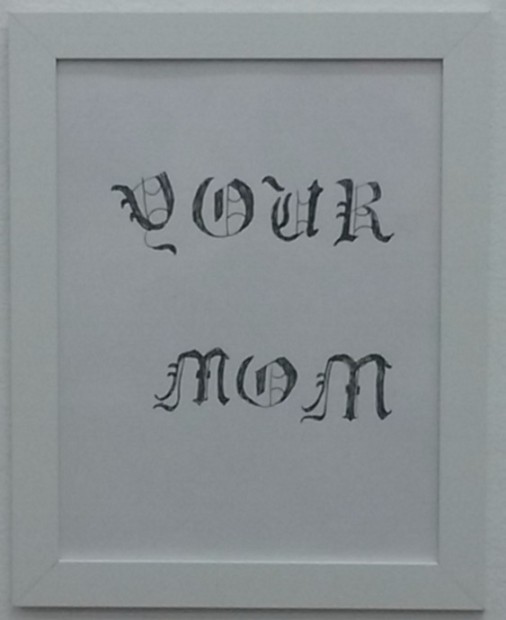 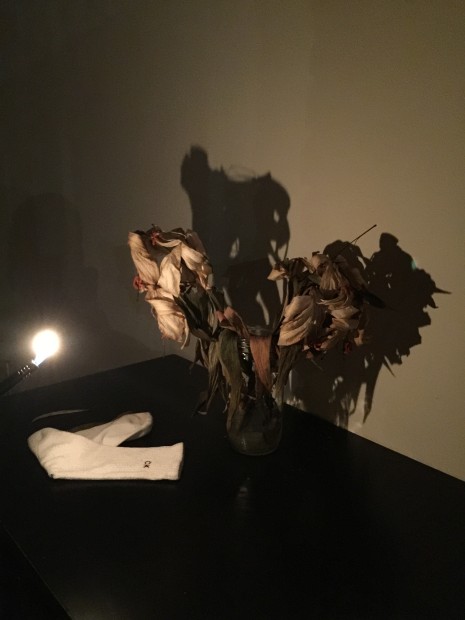 Krause believes in a “witchy” transcendentalism that occurs between their work and the viewer.

“Like the piece that reads, Comfort is political—I believe that on so many levels. So what do I do with that? I put it on a Hanes t-shirt. I don’t think people got that. How do we get these t-shirts? That’s just the first part. Then people just think I’m stupid, right? And I’m funny. But, I’m thinking about how one phrase can apply to so many things… ambiguity is open-ended; life is open-ended. There’s so many ways to process things. I’m hoping people bring their own shit. I want it to be open to interpretation. These are all my things but when I show them, they’re not mine anymore—they’re everybody’s.”