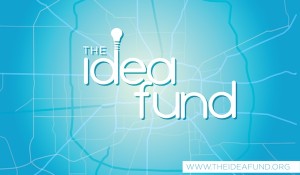 , which awards individual artist grants in Houston, has announced 12 grantees for its eighth round of funding. The jurors were Shana Berger and Nathan Purath, Co-Directors, Coleman Center for the Arts, York, AL; Joy Moore, Houston-based artist and 2015 Idea Fund recipient; and Ted Purves, writer, artist, and Chair of the Graduate Program of Fine Arts at California College of the Arts, Oakland.

The fund received 104 applications from artists and collaboratives from the greater-Houston area and plans to distribute $45,000 to the recipients. Like last year, the money will be doled out in three levels: Stimulus ($7,000), Catalyst ($4,000), and Spark ($1,000). Unlike last year, however, four Stimulus grants were awarded, as opposed to one.

Cristal Truscott to create Plantation Remix, NeoSpiritual and a capella musical that will be performed at historical plantations in the United States in order to revisit, raze, rework, reimagine, and remix the separatist genre of “traditional” antebellum reenactments through multi-perspective narratives of both the enslaved and the slave owners and their descendants.

Nick Vaughan & Jake Margolin for 50 States: Colorado, a live-simulcast multi-city toast to the life of Charles “Frenchy” Vosbaugh, a little-known transgender man who lived in the small mining town of Trinidad, Colorado in the early 1880s. Five transgender or gender-queer performers/writers will host simultaneous potlucks in Houston and four other cities across the country that will culminate in a toast to this unsung pioneer. The events will be simulcast to Trinidad where Vaughan and Margolin together with local community members will offer the final toast to “Frenchy” in a fleeting but raucous assertion that the road to LGBTQ2 progress was paved by ordinary people of extraordinary bravery.

Mel Petersen & Anna Brodl for Awesome Drone Project, the world’s first drone play, a treatise on man’s dependence on technology and technology’s dependence on man. Petersen and Brodl propose a play written for and performed by drones. They will use the drones to record audience reactions to and interactions with the drones and incorporate the video into the final production.

Uncommon Will (Lead by Artist Tek Wilson) for Winifred, a performance event based on Winifred Wagner, daughter-in-law to Richard Wagner, the composer, mother of his grandchildren. Winifred is a theatrical event that disrupts pre-conceived expectations of theater. The performance will deconstruct themes of innocence and guilt (both personal and cultural), sexual politics, artistic purity, feminism, and familial relations.

Taraneh Fazeli for Sick Time, Sleepy Time, Crip Time, a multi-pronged curatorial project comprised of performances, workshops, a reading group, and publications that ask the following questions: What makes us sick? What bodies are more vulnerable toillness? How might we envision a way to care for ourselves and others in a manner which eschews the placement of guilt on the sick individual? How can we avoid pathologizing non-normative bodies or behaviors? The project will meld cultural theory and scientific research while engaging disability activists, artists, and public health officials to address these issues.

Vinod Hopson for To Those Who Desire, a project exploring that lost, often-difficult history of Houston through performance and cartography. Hopson will conduct a series of public tours, narrating the forgotten histories of the city and traveling between locations on a bus stitching them together to form a more fully understood appreciation of this place. Hopson will also produce a printed map based upon sites visited on the tour.

Anthony Mills for The Porch Project. The project will capture the oral history of Houston-area elders through interviews on their porches. They will be engaged on a variety of topics including gentrification, education, health, and wealth. The Porch Project will be documented through film, an online audio series to air on All Real Radio, and photography. Mills will also organize a community roundtable discussion with the participants in the project.

Anthony Obi & Matthew Ramirez for I Found Me, a publication that facilitates the self-discovery process for Houston’s creative community, one figure at a time. I Found Me gives a voice to various creative Houstonians. Each article will feature a discussion in an effort to examine the essence of what they do and why they do it. The stories will focus on people of color to represent Houston’s ascension as the most ethnically diverse metropolitan area in America.

JooYoung Choi for The Snow People Space Travel to Texas Initiative. Puppets and snow people both rely on human imagination to exist, without the attention of viewers puppets become heaps of fabric, and snowmen become piles of snow. Choi will create a collaborative interactive project with a unique set of Snow People puppets that will be distributed to six Houstonians who will be their caretakers for the summer. Through the construction and distribution of snow puppets, this project will explore how imaginative play objects can enhance our lives.

Couch Collective (Lead Artist Lynn Huynh) for 99¢ Dreams Zine, a DIY project coordinated by and for Houston teens who wish to showcase their talents and raise their voices about cultural trends, social and political issues, and artistic endeavors. Huynh will organize an exhibitionthat diversifies the interpretation and representation of teenage girls, a largely mystified and romanticized demographic.

Htxpeopleproject (Bria Lauren & Morganne Nikole Cameron) for NAKED: Public Art Exhibition/ Documentary. Htxpeopleproject is a collaborative that is rooted in the ability for women to create a sense of community in a safe space where they can freely communicate their stories, experiences, and circumstances. This debut documentary series, NAKED, gives black women the opportunity to tell their story of struggle, adversity, and perseverance. Through this documentary, htxpeopleproject seeks to challenge the reverberated appropriation that society has placed upon the black woman’s attitude, image, and role.

Laura Napier for Sea of Oil. The project focuses on ways that the petrochemical industry intersects with everyday life, primarily in Southeast and Central Texas, major oil producing and processing regions. Sea of Oil will culminate in an exhibition of transcripts, video, photographs, and related objects already collected, along with a public talk. The installation will be inspired by the small, volunteer-run regional oil museums that dot Southeast and Central Texas.

Congratulations to all of the winners!

How Not to Teach Art: The Pedagogy Group