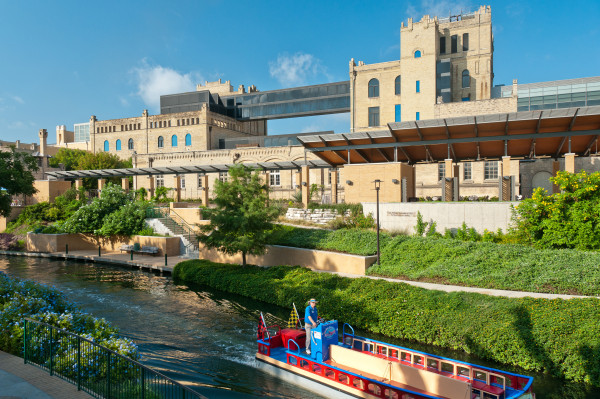 When John Santikos, founder of the Santikos theater chain, died last year, he left his entire estate to the San Antonio Area Foundation (SAAF) to create the John L. Santikos Charitable Foundation. The record-breaking $605 million gift was to be given to San Antonio area nonprofit organizations. Yesterday, the SSAF announced the release of $6.6 million in 2015 for memorial gifts, much of it to area arts organizations.

The San Antonio Museum of Art (SAMA) and the Southwest School of Art (SSA) were the biggest recipients so far. SSA, which received $1.5 million, will rename its Navarro campus in honor of Santikos. SAMA Director Katherine C. Luber stated of its $700,000+ it received, ”These grants allow us to offer the experience of art through lectures, films, and special events and to engage and grow our community—something Mr. Santikos very much believed in.”

141 grants were awarded to 113 agencies whose missions align with Santikos’ personal passions. Almost $3 million went to arts organizations. In January, the Foundation will announce the formal application process for 2016. Expectations are to nearly double the 2015 allocations and plan for continued, measured increases each year thereafter.