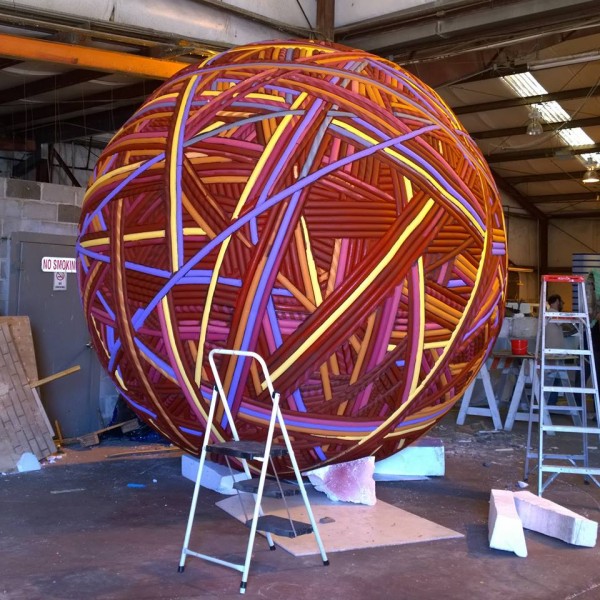 When the Houston Festival Foundation announced a couple years ago that it was pulling out of Houston’s Thanksgiving Day Parade for financial reasons and, indeed, had already sold off many of its floats, it may have been the best thing to happen to the Houston holiday tradition.

That year, the Mayor’s Office of Special Events scurried to arrange a new sponsor, a fancy famous Grand Marshall (former Houstonian Tommy Tune), and asked local artists to create all new floats. Among a number of willing participants, Patrick Renner (of Funnel Tunnel fame) and his talented crew put together the “H-Town Bounty,” a traveling cornucopia that served as a half-pipe for skateboarders dressed as giant vegetables with an open-air DJ booth where “DJ Gobbles” spun the appropriate tunes.

So what art shenanigans are in store for this year’s parade? You’ll have to line up along the parade route (posted on the parade’s Facebook page) to see it all, but we know that Glasstire’s own Bill Davenport has been working on a 12-foot ball of yarn as a “float.” Word is that there will be a herd of semi-celebrity “cats” trying to chase it down along the streets of Houston.