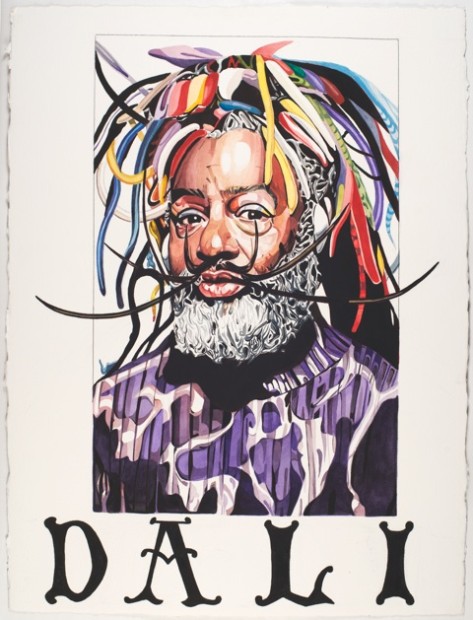 It was recently reported by Hyperallergic that “Art Historians Find Racist Joke Hidden Under Malevich’s “Black Square.” Glasstire asked Houston artist David McGee to respond to the discovery, and the press surrounding it. Here is his statement.

“As a person of color living in this country who had parents and grandparents who went through Jim Crow, who’s been called every name under the sun, you don’t become immune, but you let certain things roll off your skin. Because it’s just so low on your list of things to do and what you have to do. Puns and racist jabs at you, if it doesn’t cause physical and mental harm, should just roll off like rain off a raincoat. This Malevich thing is just sound and fury signifying nothing, it’s a bunch of intellectual masturbation. For the conservators unearthing this secret, it was a trip, but serious people dealing with serious issues could give a flying fuck about that.

If I worried about every creative person who I thought was well-meaning who uttered the word nigger, I would be wasting so much time. It shouldn’t be an issue. Whatever person was quoting Duchamp… I mean, really.

Let’s put it this way: any black person who hears about this will not lose sleep about it. African Americans and people of color in this country have got bigger things to deal with. If I’m that sensitive to that kind of thing I would lose my mind right now. I’m more irritated by Ben Carson’s ad trying to get black people to listen to his campaign by playing rap music.

Even people who are well-meaning people say all kinds of prejudiced and racist things, who don’t have hate in their heart.”

“The art audience is the worst audience in the world. It’s overly educated, it’s conservative, it’s out to criticize, not to understand, and it never has any fun.” – David Hammons