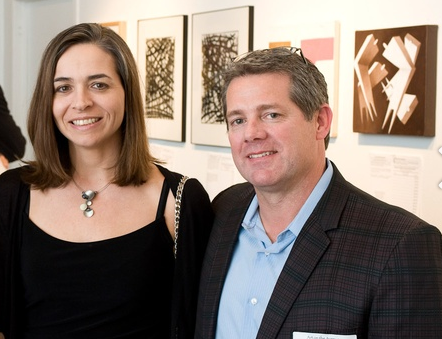 On-her-way-out-Mayor Parker has been working to get some sort of arts plan in place before she goes away. Parker named McNulty to the position after she helped to steer the exhausting City’s Arts and Cultural Plan. While Boesel has led MOCA for seven years and served as lead consultant for the plan, McNulty was heavily involved in the process. McNulty is not only a working artist, but was also program officer of Houston Endowment for over 6 years and executive director Art League Houston for almost four years.

Congratulations, Debbie McNulty! (And, of course, we’ll be watching your every move.) Go do good work!

So if you crash an arts non-profit (CACH) into the ground you can get promoted to City Hall to over see our city’s art. Fantastic. Are you taking notes students at UH, Rice, HBU etc…?

Perhaps that statement needs an explanation.
For the uninitiated that is.

Perhaps what Philomena meant is, if over the last 10 years you’ve lead a hugely successful capital campaign, coordinated the most internationally recognized public art piece in Houston (Inversion), and helped to reinvigorate what was a slumping nonprofit (Art League Houston) into a thriving arts center, then spent 6 years ensuring our cities’ organizations are well funded and using those funds wisely, and THEN helped lead a lightning paced Cultural Arts plan for the fourth largest city in America, you’ll be promoted to City Hall to become overlord of all Houston Art.

From HAA’s History page about CACHH: what a dastardly crash indeed!

Between 2005-2006, Mayor Bill White led the effort to consolidate these four programs into Houston Arts Alliance.”

Thanks for clearing that up! I was filing the points on my pitch fork but now I guess I can relax.

Always have that pitchfork sharp

Sarah, successful is a stretch. Coordinating her husband’s art 10 yrs ago doesn’t continually warrant kudos. Thieving in comparison to failure, I guess. “lightning paced”=rushed to meet demands of the mayor and a Super Bowl.

Good job clearing all that up.

Well, they built a new building. How is that now successful? Debbie knew that organization needed to grow the income generating programs in order to improve their presenting programming. Which they couldn’t do without improving the facilities. I know there’s a lot of fuss about institutions investing in building right now, but that was a good call back then. They had no shot at increasing their student base with those crumbling bungalows. Once they had the new building the school program started to grow and stabilized their income enough to invest in those generous artist stipends they offer and to actually have a staff. Now, they offer one of the most generous artist stipends in Houston. She set that organization on a great path.

Look, in case you can’t tell, I’m super biased. Haha! I worked for Debbie for a couple of years and I was continually impressed with her integrity and follow through. What you see is what you get with her. Which is refreshing in this town of back-biting gossips and drama hounds. She takes the long view, which I think Houston sorely needs.

Thanks for that — the person resigning is Minnette Boesel.