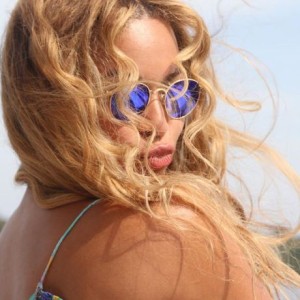 The #BeyBeAHERO campaign failed to get a response from Beyoncé

The demise of HERO has garnered national attention. Recently, in The New York Times Opinion Pages, one reader wrote:

My partner and I were going to go see the Mark Rothko exhibit in Houston, the Menil Collection and the Rothko Chapel. We would have stayed one or two nights at a nice hotel, hit a few upscale eateries, and paid for taxis, airport taxes and hotel taxes. That trip has been canceled.

You can have your hate, Houston. But you can’t have my money.
TODD B. ROSIN
Seattle

Local supporters of the measure blame a risible, but effective, “bathroom” campaign which showed a man menacing a schoolgirl in a public restroom. Even Beyoncé, Houston’s most famous citizen, has been criticized for not supporting HERO. But an ineffective campaign in support of HERO that caused weak turnout of progressive voters is the likely cause.

It remains to be seen whether Houston will feel the same kind of heat that Indiana got in the wake of its controversial law allowing businesses to discriminate against gay customers (it probably helps that Houston is not about to host the NCAA Final Four). Regardless, we will continue to watch how Houston’s artistic community responds to HERO’s failure to pass.

Oh, but the Final Four is coming to NRG Stadium the first week of April next year.

I am not mad at the people that voted this ordinance down… why should i be? they came out and voted for what they believed to be the right decision… however wrong i think that decision was… and however misleading i think the smear campaign was…

the people i am furious with are all the “educated & evolved” artists, arts professionals, educators, college students, and most of Houston out there that chose not to go to the polls. YOU ARE PATHETIC! There are no excuses for not voting. We deserve this humiliation of our communal apathy. maybe it will wake us up. I went the majority of my adult life without the right to vote, so I cherish every time I get to have my voice heard at the polls.

hell, i even told my students that if they showed me their voting stub i would give them a free “A” in the grade book regardless of if they are republican or democrat… hey, doing your civic duty is just as important as a lesson learned in class. how many took me up on that free “A”… ZERO.

if you didn’t vote, you should be terribly ashamed of yourselves…. especially you artists and art professionals out there.

Approximately 12% of eligible Houston voters actually voted. What is worse, that is the best turnout in over a decade for this city. We have a voting problem. I truly feel HERO would have passed if more people respected their rights and voted. Unfortunately 88%, mostly young voters, refused their right to vote. 88%.