Happy Trees are Back! Bob Ross is Now Online! 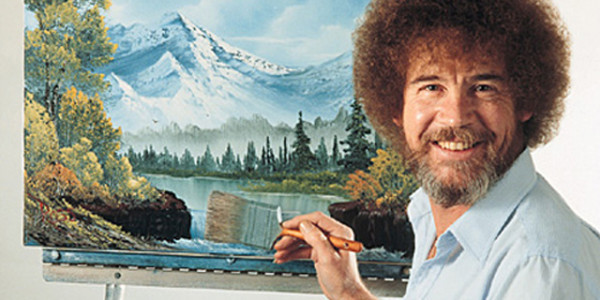 Before there were those goofy painting parties with wine where you can get tipsy enough to attempt to copy the teacher’s seascape, there was the soothing voice and impressive ‘fro of Bob Ross, who appeared on the PBS series The Joy of Painting from 1983 to 1994.

Just in time for the intensified discussion of the right to free education and the enormity of debt from attending art schools, Bob Ross Inc. has released the first season of the series onto YouTube. As Jillian Steinhauer notes in Hyperallergic: “One of the things I’d forgotten about The Joy of Painting is that it doesn’t really show you how to paint so much as give you tips and encourage you to try and follow along. But hey, it’s much cheaper and cheerier than an MFA (and much calmer than any current art-themed TV shows).”

As the Mr. Rogers for painting students sweetly reminds us, “We don’t make mistakes here. There are just happy accidents.”

A Nation Turns Its Lonely Eyes To Bob...