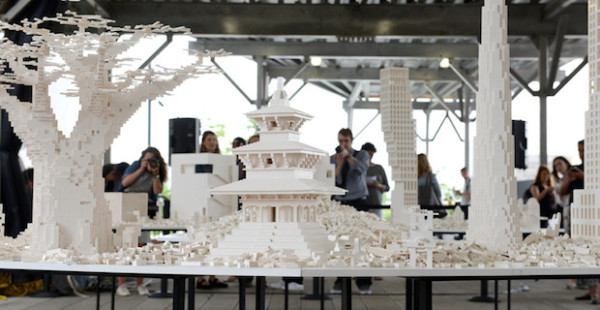 The Museum of Fine Arts, Houston has recently opened a new exhibition. Entitled The Collectivity Project, by artist Olafur Eliasson, the interactive installation consists of more than 580,000 Lego bricks that allow visitors to create their own fantasy cityscapes. While you may not have the time to conceptualize architectural masterpieces, this project seemed well received when it was presented at New York’s High Line.

The launch of this kid-friendly installation was in line with the groundbreaking of the of the museum’s new $450 million contemporary art building, Glassell school and endowment. The new building is already designed, but you can still build your fantasy version out of tasteful monochrome Legos!

Correction October 30, 2015: This article original stated that the new building on the MFAH campus is a $500 million project. It is “a $350-million project that includes a new building for modern and contemporary art, a new Glassell School and a conservation center. The funding campaign is $450 million, with $350 million going towards the project and $100 million for the museum’s endowment.”