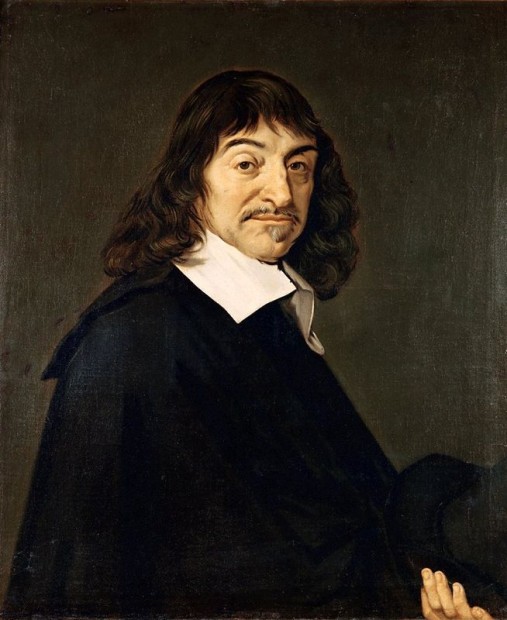 The human sensory-motor systems and the brain’s linguistic system overlap in many ways, but still retain the unique privileges of their domains. In visual art, the eye wants what the eye wants: interesting color that fully exploits the narrow slice of the spectrum that we are able to perceive, or texture and density that remind us of our everyday visual and physical experience. Similarly in music, the ear wants what the ear wants: the auditory range, balance and complexity experienced from the first drops of rain in a thunderstorm through to the crash of lightning and the final drops as the storm passes.

Classic conceptual art often attempts to distinguish the linguistic system from the sensory-motor systems. Sol Lewitt, my favorite visual artist in this conceptual turn, removed the artist’s visual decision making in the production of painting, drawing and sculpture, replacing it instead with a set of written instructions. The visual appearance of his work was produced, so the story goes, exclusively by linguistic means. Lewitt turned himself into a writer of code, creating simple, elegant programs that result in beautiful, if limited patterns.

But behind every program is the human mind that wrote it, and about that we continue to know precious little. If theories like dark matter suggest that the logical machine we once hoped the world was does not exist or is at least beyond our comprehension, the ghost who asks the questions remains in the absence of that machine. Objective comprehension of the world through the senses and the mind is ultimately beyond our grasp. The human linguistic system—the system of human thought manifested in language—and the sensory-motor systems used to construct art objects, have been inseparable in the human being since the abrupt, cognitive mutation that likely gave rise to modern man in the Great Leap Forward.

Introspection can only take us so far before we reach the cognitive limits of our ability to understand our biological programs. As a heart transplant patient, my reasonable, concrete questions about my physical condition and prognosis often go unanswered because there are no answers. But at the limits of our understanding we still encounter that voice in our head, the inexplicable self. Linguistic theories like generative grammar convincingly suggest that human consciousness represents itself to itself through biological structures in the brain, which produce thought in the form of language. But it cannot describe this consciousness; it can only describe the structure of its manifestation.

What is today understood as Conceptual Art has little to do with Lewitt’s reductive, modular rigor, Warhol’s religious embrace of reproducibility, or John Cage’s understanding of the sounds of traffic as music. By and large Conceptual Art these days refers to illustrations of obscurantist art theory fabricated with software and 3d printers developed through military funding in university technology departments. Many of these artists take very seriously the symbolic meaning inherent in the Apple logo with its suggestively missing bite. The computer, like Eve’s forbidden fruit, will open our eyes to the reality of existence and usher in a new era of human understanding.

The hope that computers and their ever-larger and more effective systems of data-analysis can be anything other than helpful tools in the service of radical ideas that emerge inexplicably from the quixotic curiosity of the brain’s ghost, is like hoping that the Messiah will appear when enough statistics are finally gathered.

The only thing that can usher in a new era of human understanding is a kind of radical love, in which every human being regardless of race, sex, intelligence or physical ability is accorded the awe demanded by the incomprehensible complexity of the poorest, least educated person. The same ghost that emanates from, but cannot be reduced to, the biology of the richest or wisest man emanates from every human being.

If humanity is ever to understand itself in a way that allows for more understanding, it will come not from the denial of sensuous reality or recourse to technology in the absence of will, but from that solitary voice in our heads that—even at the limits of scientific comprehension and in full knowledge of its dependence on an organ system that is programmed to fail—continues to speak to itself by making art.

This and That: Sol LeWitt and The New...

While I tend to be suspicious when I read propositions that there is only one way to accomplish something, e.g., “The ONLY (my emphasis) thing that can usher in a new era of human understanding…”, I am more interested in just who are some of the current conceptual artists who are absorbed in obscurantist art theory and collaborations enriched through military funding. Hefty claims. We got some earlier names–Lewitt, Warhol, Cage–can Bise name some names of these contemporaries, provide some concrete examples? I, for one, am curious and would appreciate being educated about just who these people are so I can check out their funding and theories.

AI Art is supposed to be the big thing these days. But can a software create art without help from a human?