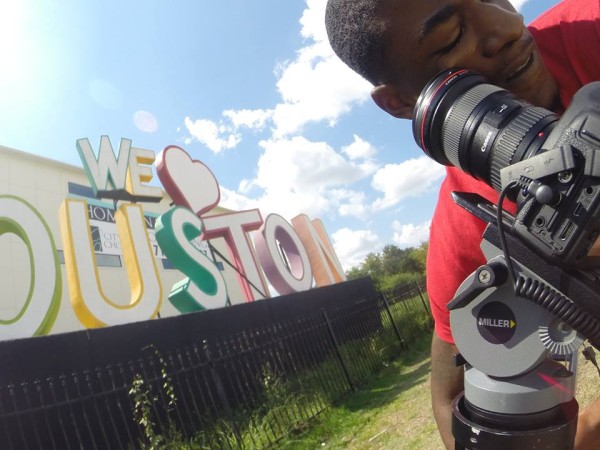 Irony: A Houston film crew was robbed at gunpoint while shooting a promotional video in front of sculptor David Adickes’ 30-foot-tall “We (heart shape) Houston” sign, reports the Houston Chronicle.

Another irony: One of the cameras that the thief stole, the GoPro, was rolling time-lapse footage when it was taken. The suspect ditched the GoPro but not before a picture of the suspect was captured.

Perhaps best known for his gigantic heads of U.S. presidents, the 67-foot tall Sam Houston statue on I-45 near Huntsville, or his cellist sculpture at the Houston’s Lyric Center, Adickes created the sign to express Houstonians’ love for Houston.

Maybe the thief was from out of town.