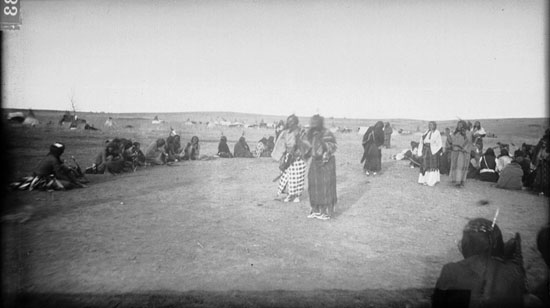 Last week I visited the Menil with two friends and saw an exhibition of private collection Old Bering Sea Eskimo artifacts from between 250 BCE – 100CE. There were also two 19th century Yup’ik storytelling dance masks on display. I asked my friend if she thought the masks, which seemed much older than just over a hundred years, could be made today. She replied, “Not now, not in cities.” Later, in front of the Menil’s early hand-painted Warhol soup can, I had the haunting sense that in walking from one gallery to the next, we had moved from the cradle of human art to the grave of Western art. 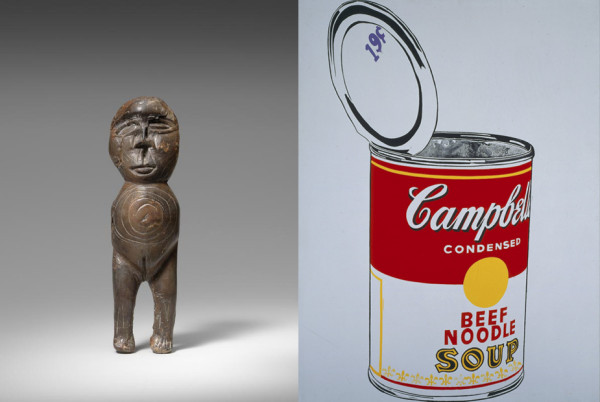 In writing about art over the last year I’ve come to realize, as much as I try to deny it, that I no longer believe in the art of my culture. I have no illusions left about its symbolic meaning apart from its role as a component of global capitalism. Neither the artist’s clever strategy or the defensive polemic of the critic can resuscitate Western art’s significance as symbolic object and ritual performance in its own civilizations. Art criticism is dead because art is dead.

Art’s value as human expression withers in proportion to its subsumption into the global marketplace. Global markets are anti-human. Those who write the algorithms that determine short-term profit and loss consider the value of human life only in terms of its labor potential. Understanding this is depressing because it sets in motion a predictable outcome: the extinction of the human species. This order, this ethos, this pathologically logical system is ritualized in the religion of excess which worships the present, denies the past, does not believe in the future and has infected every nation on the planet.

The fall of Europe’s colonial control over the Middle East, Africa and South America at the close of the 19th century was less a fall than an American corporate takeover. Many of the gains of civil rights and liberation philosophy and theology won in this country in the first half of the last century have eroded in the last fifty years. Enormous riots and protests in the wake of the Vietnam War, from the Rodney King riots in Los Angeles, to Occupy in New York, and protests in Ferguson, Missouri signal serious, continued unrest in the United States, the most dominant power in the world.

But it would be wrong to believe that during the last three centuries art was still a meaningful project for Western civilization. After a long, congenital illness, Western art finally died not in this century or the last, but choked out its final breath in the 19th. Bitterly ironic and critical, 19th century European art and literature is founded upon the recognition that instead of freeing them from religious oppression, the science of markets became a new religion even more destructive than the vengeance of dead gods.

The industrialized world’s conversion had already taken place when Pop art, the last form of western visual art to hold any symbolic power, announced the arrival of the commodity object as the new crucifix upon which western civilization would now hang. Pop was a crown and a gravestone for our ability to negotiate reality through an art and a science derived from religion, mythology and primitive ceremony. Warhol’s icons were the last icons. Humanist art has now become a ghost; a haunted memory.

The year 1890 marked the signing of the Sherman Anti-Trust Act, the death of Vincent Van Gogh to suicide, Chief Sitting Bull to murder, and the slaughter of 200 North American indigenous people at Wounded Knee. The 18th and 19th centuries in America saw the metastasis of the cancer Susan Sontag identified as the white race into every cell of Native American life. A population of between 20 and 50 million people before colonization was reduced to fewer than one million by the beginning of the 20th century.

The Lakota people received the same news that many other tribes had received leading up to that year: that a Paiute prophet had been given a vision of a ceremony that would bring about the reunion of the natives with their decimated ancestors. These resurrected ancestors would mark the end of the white man’s oppression and lead them to a new, fertile country. The ceremony was called the Ghost Dance. 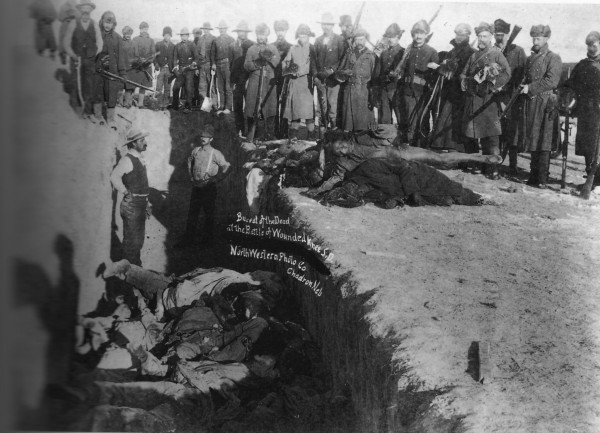 Dancers moved in slow, shuffling steps to a solitary drumbeat. American military officers believed this grim ceremony to be the prelude to a revolt. To pressure the tribes to stop practicing the ritual, officers decided to arrest several of the old tribal Chiefs. The arrest of Sitting Bull resulted in the death of eight Native Americans, six police and Sitting Bull himself. Fearing reprisals, 200 Lakota men, women and children fled the reservation and were later massacred along with others at Wounded Knee. A desperate cultural ritual enacted in a hopeless hope to bring an end to a helpless civilization’s sure extinction ended in one more mass grave.

But now the Western culture from whose regime it was summoned practices this crisis cult ceremony, this Ghost Dance. Young artists have been born into a cultural graveyard overrun with specters from the field of its past. Because we are in cultural decline and cannot see beyond what is drawn on our old maps, we have no choice but to be possessed by these spirits of dead art, inhabiting their empty forms and dancing a dance that can never and should never resurrect the bloody glory of the past. We can only see the bloody glory of market singularity. So we make ghost art as we stare down the barrel of a new world order, waiting for the miracle to come.

A minor adjustment to a 2010 exhibition on the death of painting, perhaps “the death of art” is dead. Utopian notions (of art or other things) always fail. Inflicting Judeo-Christian moral imperatives on human activities, like making art, tends primarily to deflect attention about complex human behaviors and relationships. A re-reading of Marx, especially the early work, might be useful. And, actually, if Stephen Pinker’s (The Better Angels of Our Nature: Why Violence Has Declined) observations are reliable, we might thank capitalism for making the world a much safer, decreasing substantially organized and individual violence and increasing life expectancy and health. Bise, again (and again and again and again and agin), wants us to invest in his fretful, depressing dystopian world. I guess I just did and somewhat regret it. Turing to the Wikipedia list of 1890, we might also acknowledge that in that year the United Mine Workers Union was founded, Alice Sanger became the first female staff member in the White House, and brown trout were introduced into the Firehole River in Yellowstone Park. I’ve caught some of those browns. Could it get any better?

I agree with most of your prognosis, and appreciate that this could stand as a call to arms, but as an artist uninterested in participating in any market, especially the “singular” one alluded to here, I can’t help but want to encourage a more complicated view. A simpler narrative certainly helps as a rallying cry, but I don’t think many currently practicing artists will be interested in joining the ranks if we’re told we make the ghosts of a dead, only previously significant art. I agree with every statement about the sad state our culture is headed towards and the tragedy that has been its foundation, and I agree that trends in art can be taken as both symptoms of diseas and proposed remedies, but the statements about art here don’t square for me. As contemporary artists, many of us are caught up in this culture and complicit with it, but many of us do seek to create our own kind of ritual spaces and objects to attempt to reclaim something of what has been lost in all our “progress”. I can’t help but be disappointed that when someone has clearly seen the problems of our society and stated them well, they are so dismissive of the responses to it, some of which may be naive, most of which have no power, but some of which may hold some useful truth.