Malcolm! Malcolm Warner Returns to the Kimbell for One Night Only 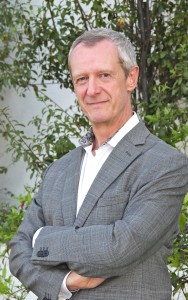 On Friday, September 11, DFW favorite Malcolm Warner — former deputy director of the Kimbell Art Museum— will return to the museum to give an early evening lecture titled “Henry Raeburn: Scotland’s Old Master” in conjunction with the Kimbell’s exhibition Botticelli to Braque: Masterpieces from the National Galleries of Scotland.

Warner left the Kimbell in 2012 for his current gig as Executive Director of Laguna Art Museum in California.

For his talk at the Kimbell, Warner (an expert on British painting) will discuss Scottish portraitist Henry Raeburn (1756–1823) and his work “…in relation to traditions of European portraiture, recent British portraitists such as Reynolds and Gainsborough, Scottish society at a time when Edinburgh was an important center of the Enlightenment, and the contemporary significance of Highland dress.”

The lecture is free and open to the public. Seating is first-come, first-serve. For more info, please go here.