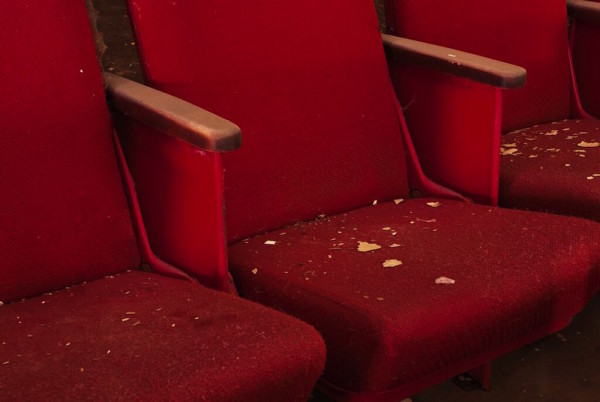 Hyperallergic’s Charissa Terranova called the show a “category buster.” She went on to say that their work “strikes a profound and rich in-between,” and that their “memorable films turn the contrivance of cinematic reality on its head, exposing the myths of myth-making and the complex contradictions undergirding them.” That’s some serious language.

For those who have yet to see the exhibition, it runs through September 5, with two upcoming gallery talks. On September 2, Delilah Montoya and Raúl A. Ramos will speak about the show and, on September 3, Vanderbilt University scholar Lutz Koepnick will speak about issues of time in relation to screen-based installation art. A Q&A with the artists will follow.

We finally got over there to see this show on Saturday. Definitely worthwhile. The film “Grand Paris Texas” 54 min. starts on the hour in an upstairs gallery. The other two are on loops: “Movie Mountain” 24 min. and “Giant” 30 min. Plan to be there at least 2 hours to see all three.
“Early Awnings” is very good too.