This past Wednesday, a 250-lb red ball decided to break free of its handlers in Toledo, Ohio. Part of a public art project by Kurt Perschke, the ball was wedged between two buildings when, during deinstallation, a gust of wind caught it and sent it on its way.

It appears that the ball is touring cities across the world – it has been installed in Montréal, Abu Dhabi, and Barcelona, just to name a few. The goal of the project apparently lies not in the ball itself, but in (via Perschke) “what it can create for those who experience it.” Basically, it looks like a fun, selfie-inducing project – which is great.

The big question now is: when can we expect the ball to come to Texas? Wedged inside of Judd’s concrete sculptures, stuffed in the CAMH’s doorway, the possibilities are endless! 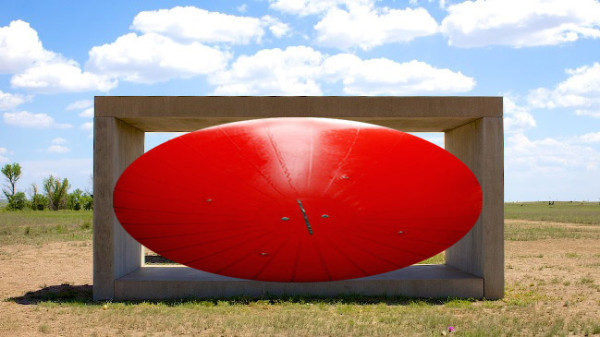 Who doesn’t want this?

Hmmm. The installation possibilities are endless…

“Basically, it looks like a fun, selfie-inducing project – which is great.” Maybe art criticism isn’t for you if that figures into your criteria for greatness.