What to do with the old Astrodome? Give it to Banksy! 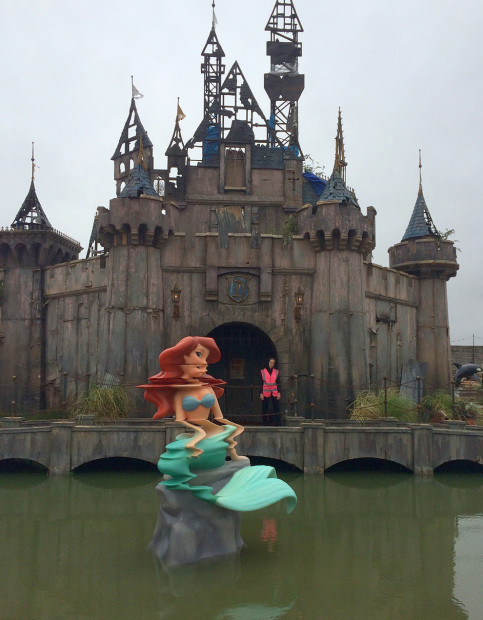 Photo by Christopher Jobson for Colossal

The elusive graffiti artist Banksy has created a theme park on the site of the Tropicana, which once was a public swimming pool in a town on England’s west coast. Banksy’s park is billed as a “bemusement park” called “Dismaland.” It features his art and installations, as well as work by over 50 other artists, including Damien Hirst, Jenny Holzer, and David Shrigley. 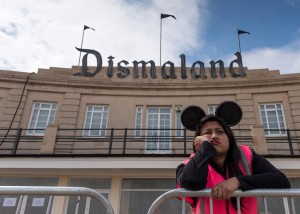 As one would expect from Banksy, the project was shrouded in secrecy. Locals were led to believe that it was a film set for a crime thriller. Within the past week, though, rumors started to fly. Yesterday, the press was given a peek; today, it opens to townies; and tomorrow, to the general public for five weeks.

The artist described the work as “a festival of art, amusements, and entry level anarchism,” in a press release. There are rides and booths, as well as three galleries, but most have described the experience with words like terrifying, grotesque, and anarchy-infused. Sounds like tons of fun! But what would he call his new Astrodome? 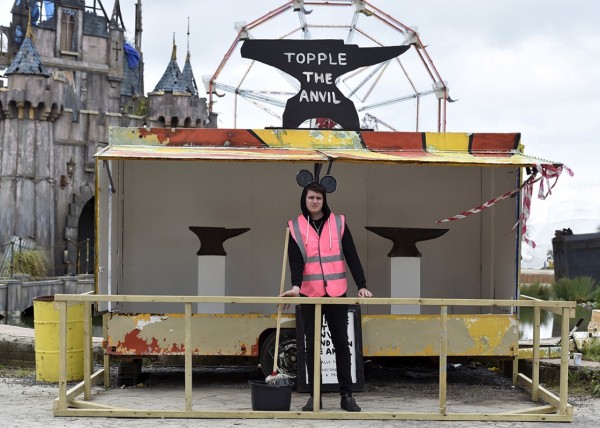 Damn good idea Paula. I’d like to see the Astrodome used for something, anything, before it crumbles.