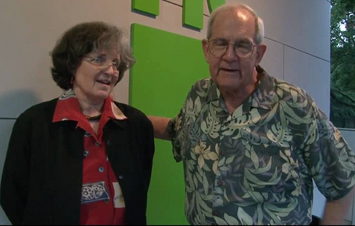 The unstoppable Clint Willour will receive the 2015 Lifetime Achievement Award at this year’s Houston Fine Art Fair, (HFAF) which takes place September 9-12. Willour will be honored on Saturday, September 12, at 1-2pm in HFAF’s theater, with a VIP reception to follow.

Willour has lived and worked in Texas since 1970 and has been an uncanny presence at gallery and museum openings in Houston for decades (How can one man be in so many places at once?). Willour has been curator of the Galveston Art Center for more than 20 years; he helped found Art Houston and the Galveston Art Walk; and has been a leader of FOTOFEST International since its inception in 1984. He sits on 4 committees at the MFAH (including the prestigious acquisitions committee) and countless public and private art councils, panels and boards. Over the years, he has donated his art collection to the MFAH, valued at over $1 million (even though he has never earned more than $40k a year).

Says Rebecca Cohen, art critic for the Austin Chronicle, “Willour is the unsung hero of Texas art. I think Clint has done more for mid-career artists and arts institutions in the state than anyone else in Texas.”

Also being recognized at HFAF will be Michelle Swain Barnes, co-founder and executive director of the Community Artists’ Collective, who will receive the Illumination Award for Achievement in Arts Education on September 9, and Lester Marks, who will honored as Arts Patron of the Year on September 10.

Center for Photography at Woodstock to Honor Longtime...

We recently shot a video interview with Clint, coming soon.

Bravo! A well deserved honor for a beloved soul.

Wonderful! Clint certainly helped me. Thrilled that’s he’s being honored. Just wish I could be there to celebrate!

So thrilled for everyone! Your honors are well deserved!!!

This is great news! Congratulations to both Clint and Michelle from the Texas Commission on the Arts.

Well deserved! Clint’s enthusiasm of Houston’s art community has helped launched and support so many artists. We love Clint!

What a brilliant slate of honorees! And you know they’ll all just keep on giving, in all the ways they do. Amazing folk, congratulations.

Congratulations to Clint! He is most deserving!!!

Well deserved honor!! You are the best!!! xox, mary

Way to go, Clint! Congratulations to the most omnipresent man in the Houston art world.

Congratulations Clint! You deserve it and more.

Clint deserves this honor more than anyone else in the State of Texas — and other states too, I suspect. GAC wouldn’t be around if it weren’t for him. Congratulations, dear friend and mentor. We are so grateful for you.

Congratulations to Clint and Michelle! Houston is so privileged to have you in our midst.

Bravo !!! Clint, you so deserve this acknowledgement !

Dear Clint, You deserve this award thousand times. I still remember rescuing my drawings after a flood that took place in Galveston one summer. A whole life dedicated to art.

Clint, We thank you for your dedication and love for art, you have made all of our lives and our work feel valuable. A million thanks for everything!
Best wishes,
Marjorie Moore

Dear Clint: There is no one who I know that deserves this honor more than you. It is a small thing compared to everything that you have done over the years for not only Houston, but the Texas art community. You are now and have always been a person of honor and love in my heart.
Dee