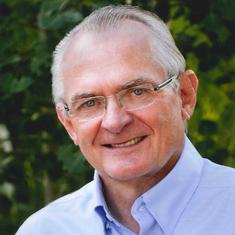 Vernon Faulconer, a Tyler, Texas philanthropist, art collector and oilman, died Friday at Presbyterian Hospital in Dallas, at age 76. Faulconer was the co-founder/co-owner of the Warehouse, the esteemed private collection space and art initiative which was opened in Dallas in 2012 by Faulconer and fellow collectors Howard and Cindy Rachofsky.

This, via Tyler KYTX’s Coretta Williams:

Faulconer was born on June 4, 1939, in El Dorado, Kansas. He grew up on a dairy farm and attended Grinnell College in Iowa. It was there he met Amy Hamamoto, who was to become his wife.

Faulconer started a small oil-and-gas leasing and equipment firm. As the oil fields in Kansas started to play out, Faulconer moved his family to Tyler in 1970. In 1981, he formed Vernon E. Faulconer Inc. That company now operates wells in nine states.

He is survived by his wife of 54 years, two sons, a daughter and a brother.

Nominations Open for The Warehouse Summer Workshop for...