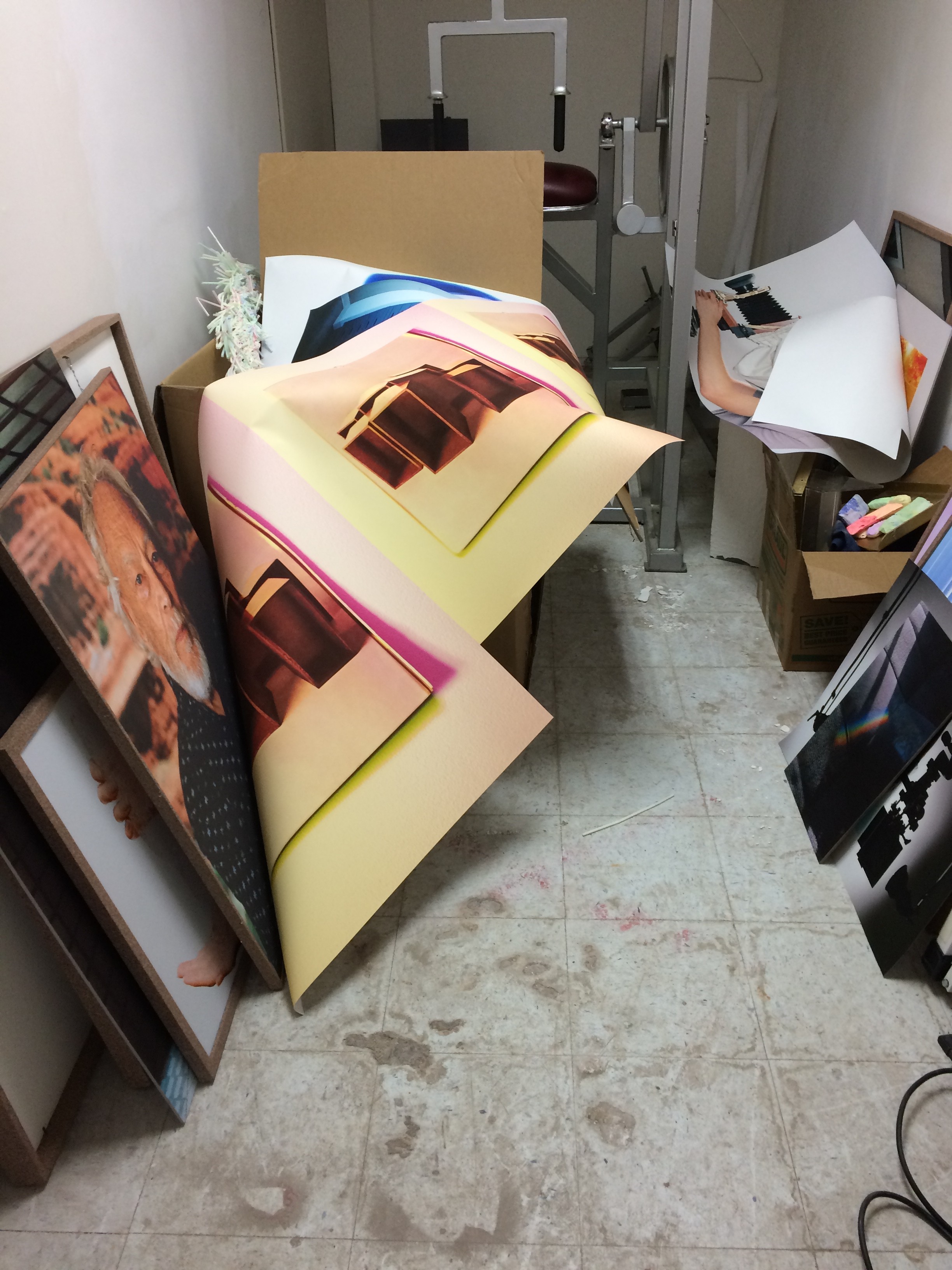 It’s never pretty when artworks are damaged, especially due to carelessness or miscommunication. This past spring, the Los Angeles-based artist Ian James showed at Houston’s Self-Actualization. Jon Lindsey, one of the co-directors of the space, claims that after the run of the exhibition, James’ works were damaged when they were removed for an event hosted by the Houston-based organization Creative Women Unite (CWU).

James’ show, In the Caverns of Your Mind, was on view from January 9th to February 13th, 2015 in the abandoned fourth floor of the 2800 San Jacinto building, which was donated by the building’s owner. A subsequent event, hosted by CWU, took place on March 7th, three weeks after the closing date of In the Caverns of Your Mind. To prepare for this event, CWU took down James’ show and damaged the prints as they removed them from the walls and put them in a storage area. Lindsey claims that Self-Actualization was given no opportunity to de-install the show before CWU took down James’ work. He communicated with CWU shortly after discovering the damage, and requested $300 to compensate James for the cost of reprinting works that were destroyed.

CWU released this statement about the issue: “The property owner gave us a date to begin our install. When we asked about artwork and installation pieces left in the space, we were told we could uninstall the exhibit. It is our understanding that had the exhibit prior been token down [sic] in a timely manner, this would not be an issue. We took occupancy the date we were given by the property owner; and began our make-ready on that date.”

For his part, Lindsey’s statement is resigned: “The owner generously allowed both organizations to use the space free of charge and, obviously, there was miscommunication between all parties, which led to Ian James’ show being torn down. We were never notified the show had to come down, but now we have a better understanding of the risk associated with anything free, and in the future when we use nontraditional spaces we’ll do a better job of securing the work. That said, it was heartbreaking telling Ian what was done to his work, and the fact that CWU has never expressed any remorse to him makes it so much worse.”

Of course, it’s the responsibility of the exhibiting organization to ensure an artist’s work isn’t damaged. In this situation, the ultimate loser is the artist, who is both without the work that was exhibited in the show, and without the means to reproduce his prints. Here we see the irony of the art world: everyone claims that art is valuable and worth funding, until it ultimately has to be paid for. 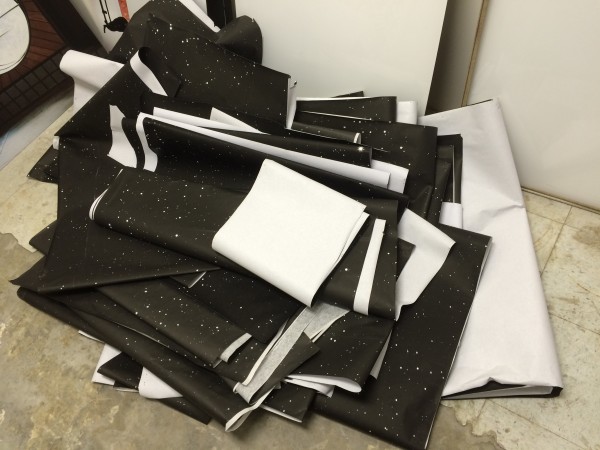 Wallpaper from the exhibit after it was removed. [Image via Jon Lindsey]

In the Caverns of Your Mind: Ian James...

Seems to me an important part of planning a show is knowing what to do when it’s over. Of course ripping the show down indiscriminately is a little crass, a few phone calls might have been thoughtful.

CWU has nothing to be remorseful about. They did what they were told to do. They did nothing wrong. The exhibit ended February 13.
“We were never informed the show had to come down.” Really? You needed to be told to uninstall an exhibit when it ended? Sounds to me like someone abandoned some artwork and it got tore up.

Flamy, but no popcorn

When I have been to Self Actualization openings, contact information for the gallery and its stewards has been prominently displayed. Even if CWU didn’t think to call SA representatives before taking down their show, they could have at least taken down the show according to basic art handling etiquette, taking care not to damage anything, treating the artwork in question as an expensive and carefully crafted product. Because CWU did not treat James’ art with respect, they at least owe him an apology. Their refusal to do so speaks to a larger issue within the art world: lack of respect for competing galleries, artists and métiers

The ultimate responsibility for taking care of the work belongs to the curator. There’s no excuse for the work to hang in an abandoned space for three weeks after closing the exhibition. Every minute that work is up in a space you run the risk of it being damaged by someone/something.

Bringing the people who loaned the space to S.A. and this other organization who took down the work seems very immature…as if Lindsay is passing the blame around for the work being taken down improperly. Neither of those parties are responsible for the artwork’s well being.

Next time take down the work and get it to the artist ASAP. If you’re having trouble getting a hold of the people who grant you entry in the space…be persistent!

How about this compromise: the two organizations involved split the cost of reprinting the artist’s work. All this finger pointing and denying responsibility makes everyone look bad. This won’t guarantee the artist will be happy, but you can walk away knowing you did all you could to rectify this mess.

Although, I do not know the full details of the story, this sounds like a good solution that exemplifies the spirit of cooperation, Steve.

Agreed. No one can say anything, except they all had good intentions. Both SA and CWU are trying to make good things happen. I will up the ante, and call for them to not only split the costs, but also plan a joint project that would combine the strengths of both groups, and heal the wounds. Do I watch too much Star Trek?

This is insane. Are people really debating who should be responsible for the work in the care of an exhibiting space? The thought of a gallerist or director letting a venue renter deinstall a show is totally irresponsible.

I’m with Joanie. Passing the buck to the CWU folks is lame.

Is this a popularity contest? If it is, the loser is both parties. There’s no room for growth, if you don’t have respect for those who are different from you. It is immature and self-serving to pass the buck and point fingers at one party. This can be remedied by setting aside this childish feud and taking care of the one person who has every reason to be pissed at everyone involved – the artist. Who would want to work with any group, if they aren’t fair to all artists?