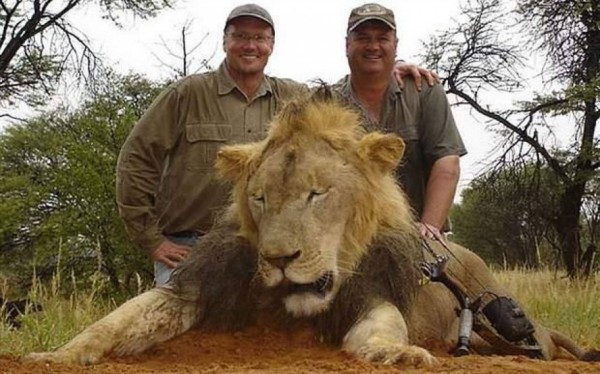 Hunting for sport is provoking a lot of controversy the past week or so, with the American dentist who paid $50,000 to kill Cecil the lion going into hiding, but the folks at Hunting PLC (an international oil services company) announced this morning that they are now accepting entries for its 36th annual Hunting Art Prize competition. They want to give one Texas artist $50,000 and a moment in the spotlight.

There is still some sport (and a lot of luck!) in competing for the largest single prize for painting and drawing available in North America. Artists may enter one single digital image of a two-dimensional artwork by November 30. A panel of jurors will first evaluate the gobs and gobs of digital entries and select artists to move on to the final tier—which is still gobs. These finalists will be asked to submit the original artwork for the final round of judging to determine the winning piece. The recipient will be announced at a big gala in Houston on April 30, 2016.

They’ve been mixing it up with the selections recently; winning pieces have included photorealistic paintings, quirky drawings, and abstract works. Also, the jurors aren’t usually announced until after the submission deadline, so there is not much point in trying to figure out what they want. But Marshall K. Harris, the 2013 winner offers his advice in the Glasstire comments section. Or just search “Hunting Prize” on the Glasstire site to see the incredible amount of congratulations and grousing the competition provokes.

Hunting Prize Artists Whittled Down to 121

“Hunting for sport is provoking a lot of controversy” i think its P o a c h i n g that is the sicky wicket here.

Disagree. There’s hunting, and then there’s hunting. There are plenty of people who are fine with going to south Texas to shoot a few quail in season, who are repulsed by the idea of going to Africa and killing vanishing large predators. People who like to photograph themselves hugging large dead animals need to stop fantasizing about being Teddy Roosevelt.

I don’t see how any activity can be regarded as “sporting” if you don’t risk anything. Now if you want to chase down a lion, wrestle him to the ground and rip his throat out with your teeth? That would qualify.