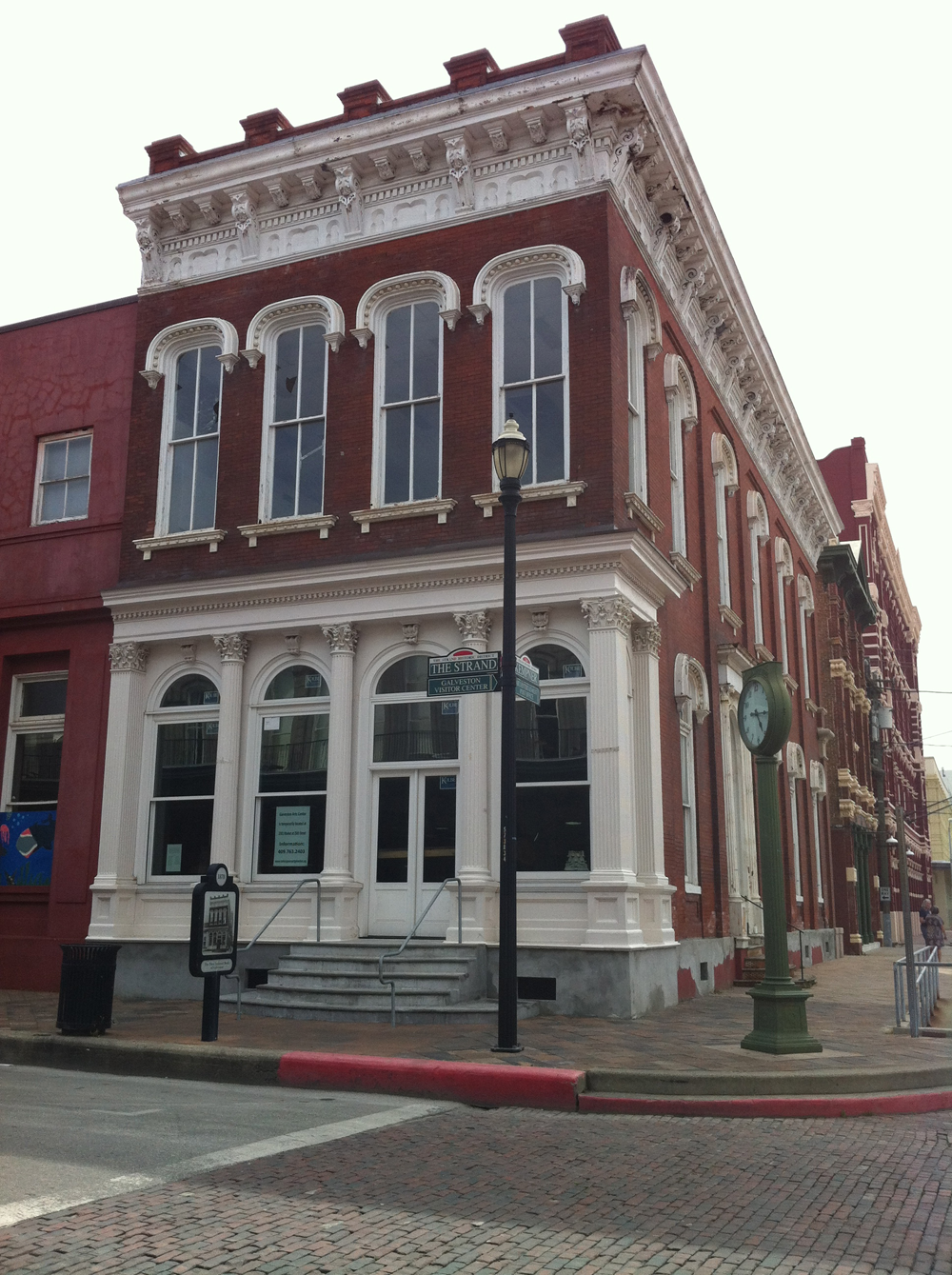 It has recently been announced that this October, the Galveston Arts Center will move back to its long-time home at 2127 Strand. This historic building has housed the center for approximately forty years, but has recently been under repair. The two-story structure, which was originally the First National Bank Building, has been undergoing rennovations since September of 2008 when Hurricane Ike struck the city. The repair has cost $3 million and includes “three art galleries, a studio classroom, a museum store, an installation shop, offices, a library, and a kitchen.”

The official public re-opening of the building will take place October 10th during ArtWalk. There will be three individual shows opening, including works by Francesca Fuchs, Janet Hassinger, and Areiell Masson. These exhibitions will be on view until November 23rd.