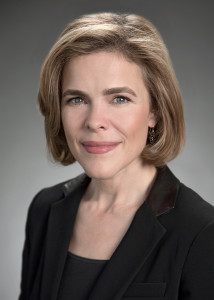 Alison Weaver, an art historian and former director of affiliates for the Solomon R. Guggenheim Museum in New York, has been named the first executive director of Rice University’s new Moody Center for the Arts, reports Rice University News.

In her six years at the Guggenheim, Weaver led its programs and operations in Berlin, Venice, Las Vegas and Bilbao, Spain, while managing its departments of Exhibition Management, Registration, Art Services and Library/Archives in New York. She also coordinated the museum’s strategic-planning process and managed the Guggenheim’s reaccreditation by the American Association of Museums.

“Alison’s combination of a strong business background, an incredibly strong academic background and very significant museum experience is remarkable,” said Sarah Whiting, dean of Rice’s School of Architecture, who chaired the director search committee. “She can engage artists, faculty, students and the general public with the same ease because she has such a breadth of experience and interests.”

Weaver expressed her excitement about partnering with the Menil Collection, the Museum of Fine Arts, Houston, the Contemporary Arts Museum Houston, and other local arts organizations on exhibitions at the Moody Center. “It will be a homecoming of sorts,” she said. Weaver grew up in Houston and developed her own passion for the arts by visiting local museums, theaters, and art spaces. “My interest in art began while growing up in Houston wandering through the Menil and marveling at its extraordinary collection, and was further developed as an undergraduate at Princeton,” Weaver said.

Weaver will oversee the $30 million, 50,000-square-foot facility, currently under construction, that will be an interdisciplinary center with space for arts education, performances, gallery exhibitions, material fabrication and digital media art production, as well as a site for collaborations with local and international arts institutions.

The center has been in the works for almost four years and is scheduled to open in fall 2016. The director search was initiated at the end of last year. Weaver will start her new position September 1.

Rendering of Rice University’s Moody Center for the Arts, currently under construction