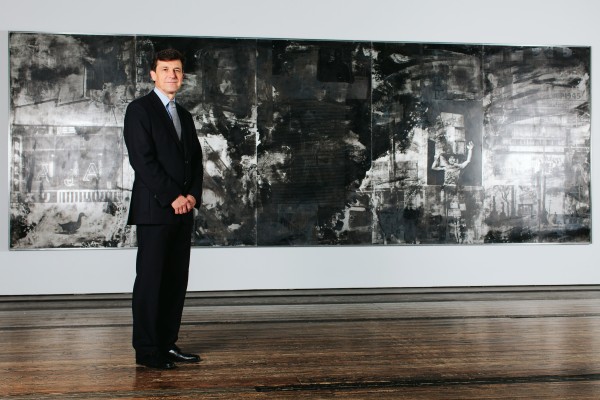 Josef Helfenstein is leaving the Menil!

The Menil Foundation’s President Janet Hobby sent out an email early this morning stating, “At the same moment as I am sending you this message, he is participating in a press conference in Basel, Switzerland, where the local authorities are introducing him as the new director of the Kunstmuseum Basel.”

Helfenstein will remain at the Menil until the end of the year while the museum’s search committee looks for his replacement. After his twelve-year tenure, Helfenstein leaves the Menil Collection with the master plan that he helped initiate now going forward, with its important campus projects led by construction of the Menil Drawing Institute.

Hobby continues her statement, wishing him success in his new endeavor: “Josef has spoken to the Menil’s board and staff of his abiding love for this institution. He has explained that he is willing to say good-bye only because of the unexpected opportunity to return with his family to Switzerland and take up a directorship that he views as the culmination of his career.”

Sorry to see him go, but congratulations to Mr.Helfenstein.

I can only offer my sorrow and joy to Josef and family. He has earned a return to his country of birth at a pinnacle of cultural achievement. As one who was present for his arrival in the United States, I can state the obvious; that Josef has brought connoiseurship, vision, and principle to every aspect of his professional life. He leaves the Menil–and the fine arts in Texas and beyond–enhanced by his efforts.

From his long list of achievements, Josef has maintained the vital principle that art should be open and accessible to everybody, regardless of their economic class. The Menil is free to the public – all the time – as it most certainly should be. I would urge the Board of Trustees to select a new director that will continue this egalitarian practice.