photo via the Times-Picayune and NOLA.com

“Funnel Tunnel,” the people-pleasing public art installation that writhed along Montrose Boulevard in Houston for 18 months (until early this year) as part of Art League Houston’s Esplanade Project, is making a tour stop in New Orleans.

Its creator Patrick Renner was in the Big Easy recently, along with a construction crew and local volunteers, to install the 7,000 pound wood and steel sculpture on Poydras Street near the corner of S. Claiborne Avenue. It’s been described as an “abstract rainbow dragon.” That works.

The 155 foot-long tunnel came to the city via Sculpture for New Orleans, a non-profit that brings public artworks to the New Orleans to help with its revitalization since the 2005 hurricane; “Funnel Tunnel”‘s residency is paid for with funds from the Helis Foundation. The tunnel was trimmed by about thirty feet to fit the site. 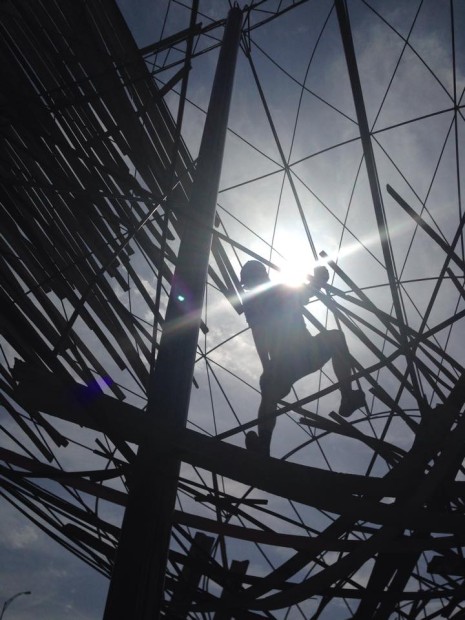