Crossing Benjamin’s Border: Rereading “The Work of Art in the Age of Mechanical Reproduction” 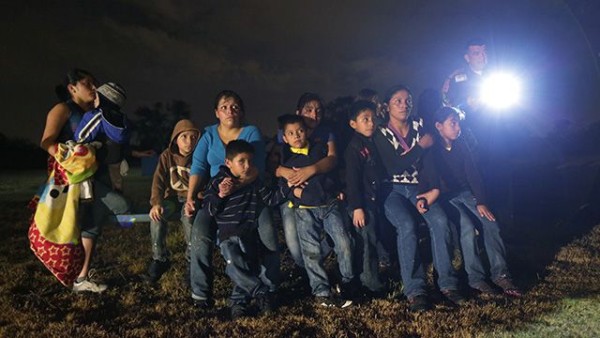 Over the last few months I’ve been buying and rereading many of the books that were important to my education which I’ve either lost or traded over the years.  Recently I found a copy of Illuminations, a collection of ten essays by Walter Benjamin including “The Work of Art in the Age of Mechanical Reproduction,” one of the most important philosophical treatments of modern art in the twentieth century. In the slim 32-page essay, with a foreword by Hannah Arendt, Benjamin outlines and predicts the destruction of the power of the original art object at the hand of its mechanical, photographic reproduction.

Arendt’s foreword to the collection puts Benjamin, his work, and his death squarely in the context of the nightmare that emerged from Nazi fascism. No revolution has exploited the basic principles of art, design and photography’s reproducibility quite like the Nazis. The mechanized, dehumanized reproduction and repetition of images is seen everywhere in Nazism from its early massive political crowds to the assembly line showers where many of the people in those great demonstrations found themselves clinging to each other in death.

The history of the Nazi attack on Modernist visual language and its designation of its images as “degenerate” was presented to me, as a student, as fascism’s attempt to eliminate art that was perceived as “indecent” or “offensive” to German national morality. The overtly sexual connotation of words like “degenerate” and “indecent” blur the plain fact that in Modernism Nazism recognized a strong aesthetic threat to their desired return to Classicism and with it their vision of ancient European civilization and the cruelty with which it acquired land, citizens and slaves. Modernism in all its proud visual and philosophical glory has never recovered from the truth that its noble Western ideals ended up gassed and burned in the German countryside.

In the same way that I was given a narrow “sexualized” rather than a broad politicized teaching of the Nazi assault on Modern art, Benjamin’s essay was taught as a prophetic announcement of inevitable fact. Examined as if it was written from a neutral perspective, I was always given the impression that as artists we have no choice but to live by the rules of mechanical reproduction. I was encouraged to accept and get to work within the stream of images, to somehow get inside the machine and force the gears to grind in the best possible direction.

Reading the essay again at the age of 39, after crossing over my own border from sure death to fragile life—a border Benjamin was famously unable to cross when he fled Nazi-occupied France and killed himself in a hotel room on the border of Spain—I see more clearly the frightening picture he creates of the destruction of man-made images and with them the destruction of the individual man, and the creation of the “mass man.” “The Work Art in the Age of Mechanical Reproduction” remains a starkly relevant warning to artists in the 21st century.

Beyond the subtle and apocalyptic language of his essay, there is the story of Benjamin himself and his suicide after fleeing the Nazis. Physically weakened by heart and lung disease and having stayed too long in France before trying to escape, Benjamin and his refugee companions were detained at the Spanish border and told they would be returned. In keeping with his body of brutally rational work, Benjamin made the reasoned decision to commit suicide rather than return sick and weak to the dehumanizing machine of Nazi occupation.

Against this human backdrop of the early death of one of visual culture’s most eloquent critics, I believe we have the responsibility to look away from the screen and toward our physical environment just as Benjamin did at the beginning of the 20th century. As artists and writers, when we type in our usernames and passwords and enter into the near-mythic reproducibility of social media, we must never forget that our job is to remain rigorously critical in the face of distraction. Far from being defeated at the end of World War II, fascism has been absorbed into liberal capitalist governments here and everywhere. The Nazis’ exploitation of the reproduced image through their propaganda machine found its human logic and embodiment in the endless march of mothers, fathers and children into gas chambers and back out as anonymous, stacked corpses.

In the early 21st-century West, the gates leading to the gas chambers look a lot like web portals through which human beings enter, and digital data and capital exits. Whatever takes away our individuality and sweeps us into a great mass dehumanizes us. When we are dehumanized it is easier to justify our imprisonment and murder. There’s a long century ahead and some of us will make it through the better part. Anything is possible. Finishing Benjamin’s essay, I was reminded again that I have a great responsibility to the principle of artistic critical resistance. I admit the possibility that the digital body through which I mechanically reproduce myself can transubstantiate back to flesh and blood and end in a mass grave or as a single dead refugee at a border. 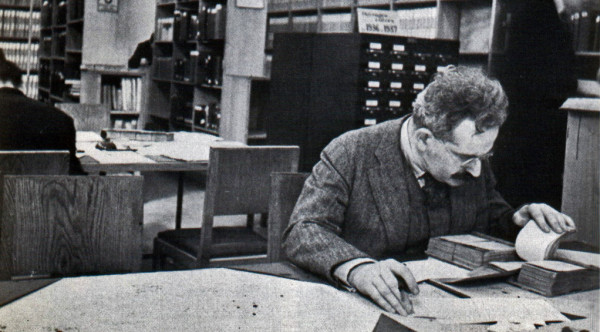 While it’s refreshing to see a name such as Benjamin’s cited in contemporary art criticism, I disagree with several of the issues raised here. For all practical purposes, “The Work of Art in the Age of Mechanical Reproduction” is a dated piece of writing. Benjamin was responding to what he saw as the loss of the aura of the original work of art and to a concern that only state institutions could mass-produce imagery (in particular, film). Initially, this belief in the singular true original contains the same discriminatory ideology as the fascism he ran from. There is only one true artwork; there exists only one true people. Second, beyond the long-standing history reproductions have with artworks (ranging back to Raimondi and Raphael, if not further), I would cite Malraux and argue that while the reproduction alters the original, this is not as detrimental as Benjamin would claim. Instead, the reproduction of artworks allow for the decentralization and democratization of art. It circumvents the gallery walls, disseminates the work to a larger audience, and compels comparisons not yet considered. From these, new ideas and dialogues emerge, and the works are re-coded and given new meanings. And, this is the real authenticity of art: the interpretation offered up by the viewer. Pertaining to this viewer, Benjamin’s worry regards the passive one. He is afraid of a mindless crowd sedated in a darkened movie theater. But modern technology does not dehumanize us, and we need to stop promoting some Heideggerian return to an authentic mode of being in nature and away from technology (remembering that Heidegger himself was a Nazi). We need to stop confusing the modern screen with the one Benjamin was so afraid of. They are very different Modern mechanical reproduction is not just guarded by the state. The viewer has the agency to duplicate and circulate imagery as well. Further, this imagery is often about the viewer. I both view and produce my Facebook page. The ubiquitous of the screen in today’s culture does not jeopardize the viewer, her or his agency and/or selfhood, but reinforces all three. Today, the screen begs to be touched, manipulated, played with, and customized. It needs the viewer/producer. This is not to say that we should not be careful with the screen and over duplication. Instead, we must learn to live with it as it lives with us and becomes our environment even more.

H.C. Arnold keen observations about the ongoing relevance (or lack of) Benjamin nails the primary problems with his work. I add a recommendation: Bruno Latour’s (with Adam Lowe) equally keen observations on reproductions in “The migration of the aura or how to explore the original through its facsimiles” (2010)…a substantive and alternative view to the oft-quoted Benjamin. It’s an eye-opener.