Luke Dowd: “my shoes, my stove, my life” at Zhulong Gallery

London-based artist Luke Dowd’s show at Zhulong Gallery in Dallas is not your typical regional offering. Far from the glam that often defines our beloved Big D art scene, my shoes, my stove, my life comes off as an exercise in restraint. In this solo show, Dowd foregrounds not dynamic compositions or flashy colors, but rather the mundane elements of daily life, with limited inclusions of color and a droll frankness that is, in a word, successful. 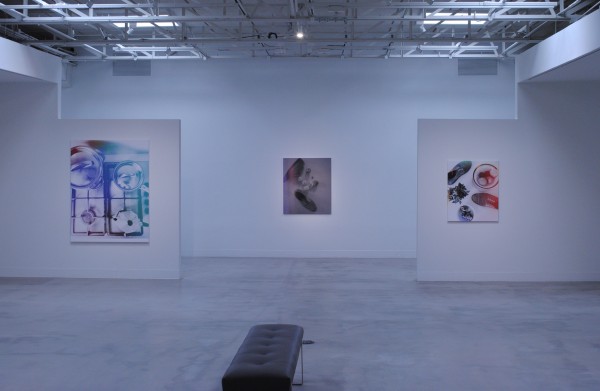 The show works off of a simple principle: Dowd photographs the common objects of his surroundings and then infuses each image with a very selective amount of color. As a phenomenon, artists documenting banalities dates back to the genesis of the still-life genre. But unlike most of his predecessors, Dowd makes no extended effort to create beautiful arrangements of these items he photographs. There’s no hidden attempt to aggrandize the fruits, old sketches, blank canvas, stove, and shoes that appear in his prints. While the objects have significance to the artist, his love for these chosen subjects are communicated only through the press release, and not the deadpan treatment of the photographs. 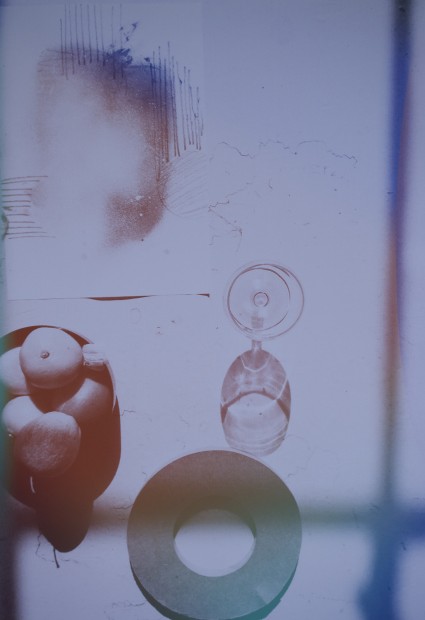 Much like the way people interact with the objects of their daily lives, the photographic images on their own wouldn’t warrant much attention. As with Dowd’s previous work, however, the photos lay the groundwork for his compositions, and allow his additions of colorful elements to complete the works. In the past Dowd would alter the photographic portion through the use of screen-printing and occasionally the incorporation of spray paint. But here, his showing at a gallery which favors technology-based works makes this the perfect space for marking his transition from analog to digital. 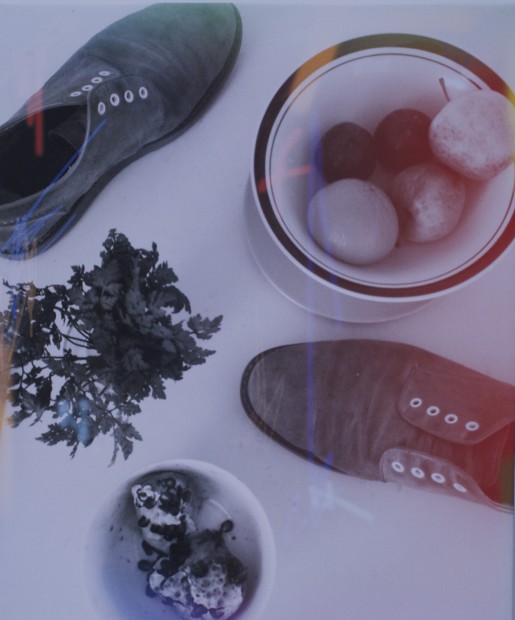 Here, Dowd has eliminated his tactile printmaking techniques in favor of working exclusively in Photoshop. The digital processes are fairly rudimentary, but the visual connection to his earlier work is preserved despite the change, and the shift in media has enabled the expansion of Dowd’s visual vocabulary. The new work makes fluid gradations and graphic marks a possibility. It seems like a minor addition, but this alteration gives his work a new lightness of touch. This signals a transition that’s more than one of convenience, but one that actually improves the work itself. 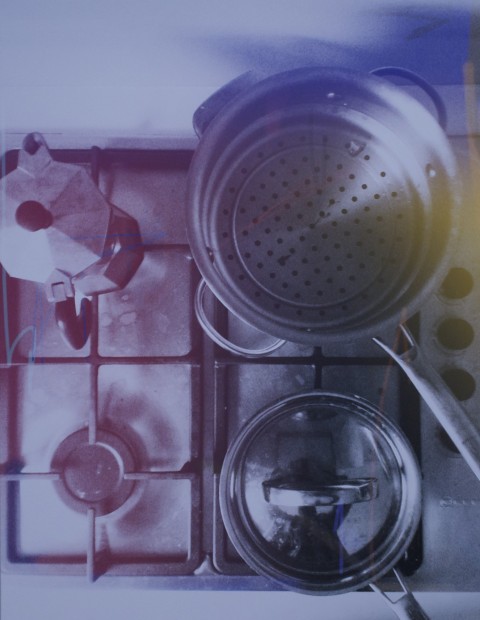 The press release and the title of the show suggest that the work concentrates on material objects, but what’s far more interesting than Dowd’s object selections is the way in which his two disparate components—the representational and the abstract—come together to compliment each other. It’s a delicate balancing act to juxtapose these two facets harmoniously, but it’s something that this new mode of working enables Dowd to do extremely well. 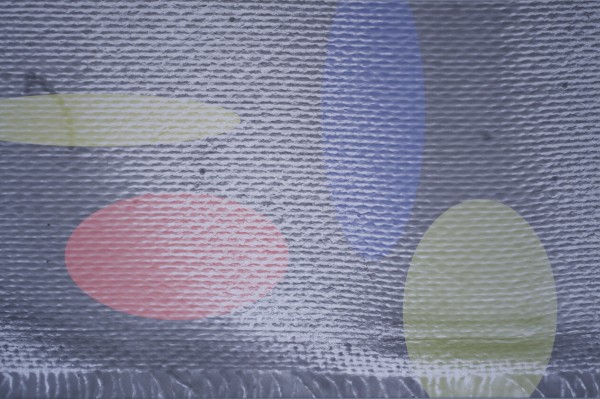 For many artists who try to navigate this type of balancing act, the result is often too heavily weighted on one side. Even for Dowd, certain works in this show seem to get away from him. The Canvas prints in particular include colorful ovals that appear too bold for the photographs with which they’re paired, which breaks down the delicate push-pull between the two elements. These few works are the exception though, with most of the prints in the show finding their equilibrium and producing something really fantastic. The resulting images are not the flashiest works, but they reward prolonged looking and would appeal to formalist junkies.

Luke Dowd: ‘my shoes, my stove, my life’ runs through June 20 at  Zhulong Gallery, Dallas.

All images provided by author.