by Rainey Knudson May 22, 2015
FacebookTwitterEmail 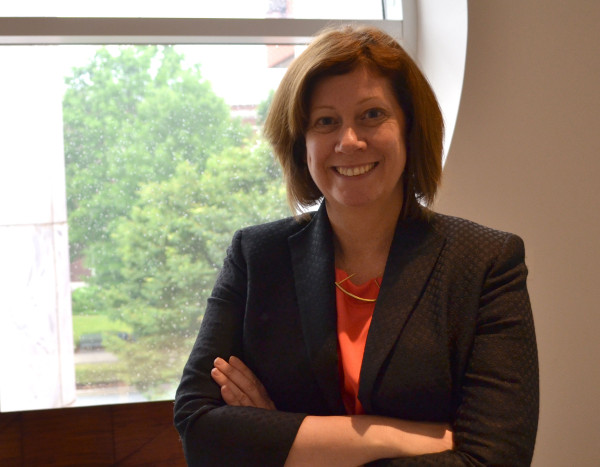 Like others before her, the new Diverseworks director Xandra Eden at one point thought she would pursue career as an artist, but quickly discovered she’d rather work around art than make it. This week I caught up with Eden, who is wrapping up her job as the curator of exhibitions at the Weatherspoon Museum at UNC Greensboro before she moves to Houston.

RK: Well, I would say “welcome to Texas,” but you’ve already worked in Texas.

XE: Yeah, I actually worked for the Texas Fine Arts Association [later Arthouse, now the Contemporary Austin] in the early ‘90s, when Sandra Gregor was the director. It was a really intense year—we did the first fundraiser for what became the Jones Center, on Congress Avenue. Then I got hired by Women & Their Work, which was a great experience because it was an artist-run board, and we were changing exhibitions every five or six weeks. I had a BFA, but I realized I could use all of my interests in the field of curating. And so I did the program at Bard, which had just started.

Are you from the Northeast originally?

I was born in Canada, and grew up in a small town in southern Ontario. Then my family moved in the late 70s to Texas when I was 9 years old. So my formative years are really split between this idyllic area [in Ontario] where there are lakes and trees and lots of nature all around, to the Clear Lake suburb of Houston. It was a very different environment.

I’ll say. So this is something of a homecoming.

Right. As soon as I could drive, we were always going into downtown Houston. That’s where we could see music and go to museums and galleries, and I always had a very positive perception of this central area of Houston.

I actually didn’t think I would be coming back to Houston because my family has all left, but I saw the Diverseworks job open up and I got really excited about working for an organization I had known about and followed since the days when I was at Women & Their Work. There was a lot of energy in the early 90s, of smaller institutions starting up all over Texas, and it was kind of the beginning of stuff for me and my generation. It felt like things were really getting going.

Diverseworks has changed a lot since those days.

I think it’s really important for smaller arts organizations to change in tandem with the way that the arts change. I think Diverseworks has done that, and has been very open to new art forms. It has presented a lot of experimental and new, innovative art. So I’d really like to see that continue.

And Houston has changed so much since I lived there. It’s the same, but it’s really grown and become a lot more interesting in terms of the multiculturalism that’s there, and in terms of the larger art world, and there is a lot of work being produced that incorporates performative aspects that are becoming more and more prevalent in the art world. I think Diverseworks is really well situated to present those kinds of works in the context that they need, and to respond to and reflect how Houston is changing. I think we can find a place on the international radar, as well as be really participating with what’s happening in Houston. 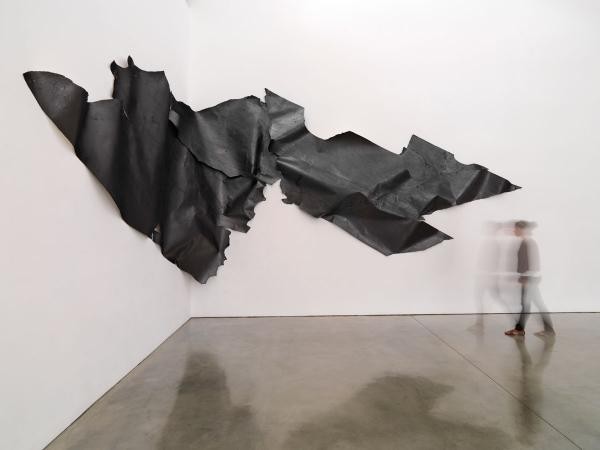 What is the ideal mix of local vs. national or international artists at a place like Diverseworks?

I’d like to see us really mixing those two things up. I think that [associate curator] Rachel Cook is really good at thinking that way. I’m very supportive of her plans. It means integrating artists that are international and artists who are from within Texas or Houston into the same programs or exhibitions.

My job is going to be to find out from everyone what Diverseworks is doing that’s good and smart, and also what aren’t we doing and what could we do. I’ve been away from Texas for so long, so I really want to do studio visits and talk to other people who are running smaller institutions that are similar to ours. I’m not going to go in there with a very planned-out idea of what we’re going to be doing. There are other organizations that weren’t there when Diverseworks started that have been very active, and I’m really interested in how all of that changes the dynamic for Diverseworks.

Yeah, I think they had a problem because they didn’t have a theater space anymore. But we’ll be moving to MATCH—we have an anticipated move to MATCH, I should say—which will allow Diverseworks to present performance within a black box theater, and also have the gallery space. We’ll be able to go back to being more active in both fields.

Will you have the run of the visual art gallery at MATCH?

Those are all details that are being negotiated right now, so I can’t really say until they get it all worked out. But Diverseworks will predominately be in that gallery space. We’ll also have access to the theaters, and we’re really excited about ways we can activate other spaces in different parts of the city. We’ll see how much we can do with a staff of four! But we have ambitions already that we want to pursue. 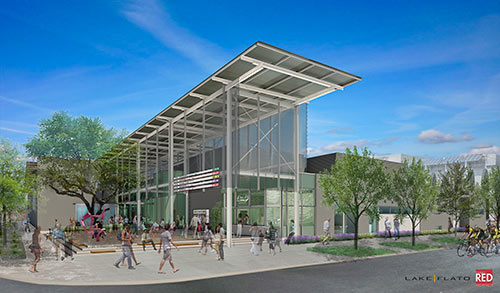 Rendering of the MATCH in Houston.

You guys will be in by the end of the year, right?

Yes, the plan is for us to move by December. And then January will be our first official siting at the MATCH. But we’ll do a few things before then.

Diverseworks is in a state of transition, and I’m in a state of transition, so it just provides an opportunity to think in a new way about how Diverseworks operates within the cultural landscape. That’s something I’ve been concerned about for a lot of small nonprofits over the years. I’ve seen them grow, but I’ve also seen many of them challenged because their mission statement in the ’70s or ’80s when they opened hasn’t changed that much. And they’re finding themselves mature organizations, you know, with a long, long history, but they haven’t evolved as much as they need to have done. They haven’t remained as relevant as they were when they started.

Well, institutionalization is built into sustainability.

Yeah, exactly. I think some people are concerned about Diverseworks becoming too much of an institution and I don’t want that to happen. I want it to be really relevant and active, and not settling into some compartmentalized idea of “oh, they always do things like that.” I want us always to be evolving and surprising people.

You’ll be both Director and Chief Curator. How do you see yourself straddling those roles?

I think most of it will be Rachel Cook doing the curating, or guest curators, but I will definitely be having a hand in that and leading that. But a lot of my time is going to be taken up with fundraising, board meetings, and administrative work, and I understand that and it’s something that I’m willing to take on. It’s a big change for me. I really have wanted to take on a role like this for a while and I feel like I’m ready to do it, but I’ll be having to adjust to thinking what my role is at the institution also.

Back in the day Diverseworks had both a visual arts curator and a performing arts curator – would you go back to that model?

I don’t think we need to. I think the way things are moving with the arts is there’s an interest in not separating and defining the arts. So that isn’t something that I think is productive to do. 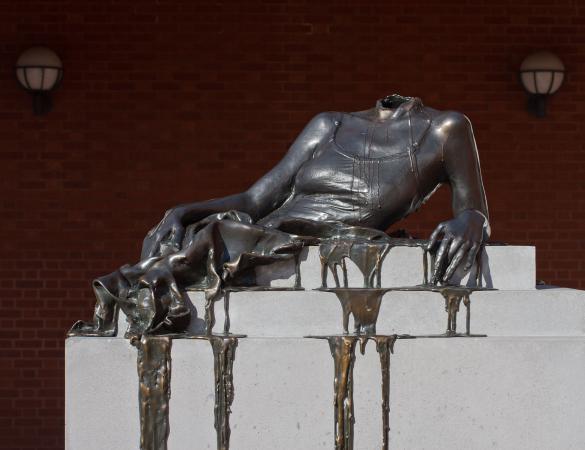 Eden organized a show of Diana Al-Hadid at the Weatherspoon Art Museum in 2013.

That’s not true for me and for a lot of other artists in my field. I know that there’s an overlap audience there. I’ve seen them. They exist. It’s not for everybody—yeah, there are people who love opera and that’s it. But there are a lot of people who love great experiences and great art and they will be interested and excited in a lot of art forms.

The culture of museums is changing and art is changing. But I think there’s room for all different kinds of art. Just because you show one artist who is focused on multidisciplinary work, doesn’t mean that you’re not going to also show some incredible sculptor. I’m not really interested in limiting the type of work that Diverseworks shows.

When Emily Todd was the director of Diverseworks, I remember her saying, “Part of the deal is experimentation, and that’s what we’re here for. And sometimes experimentation means failure. And nobody else can give the opportunity to artists to experiment.”

Any chance that Diverse Works would come to The Woodlands? We are needy for some art venues!
Rosanne