Where Does Houston’s Future Mayor Stand on Issues of Arts and Culture?

by Paula Newton May 14, 2015
FacebookTwitterEmail 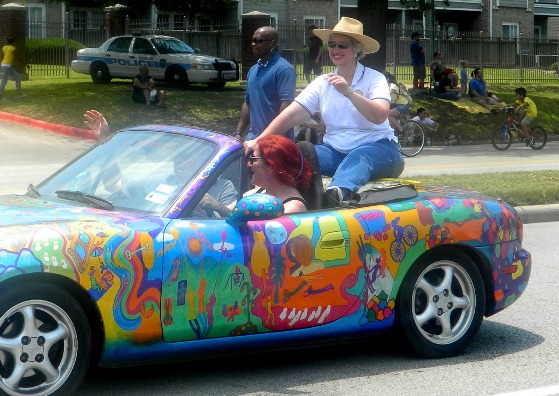 Mayor Annise Parker wants to get Houston’s Arts and Cultural Plan in order before she leaves office. The City has hired consultants, held a number of public meetings, and is getting online thoughts on its interactive website. Now, the mayoral candidates who want to replace Parker are going to weigh in on the arts.

The race is already pretty crowded; it seems to be currently at seven candidates, although the Houston Chronicle reports that another half dozen may throw their names in. Now, Houston gets to attend yet another meeting when the Asia Society Texas hosts the candidates to speak at “The Mayoral Forum on Arts & Culture” on June 3rd at 6:30pm, with a reception at 5:30pm.

So, keep your eyes peeled for the final results of Mayor’s Arts and Cultural Plan but, after all the research the City has done on the issue, don’t expect the upcoming candidates to say anything groundbreaking—except for the crazies, which is usually entertaining, at the least.