On Chris Burden, Being a Fan, Grief, and the Disappearance of Rigor.

by Christina Rees May 12, 2015
FacebookTwitterEmail 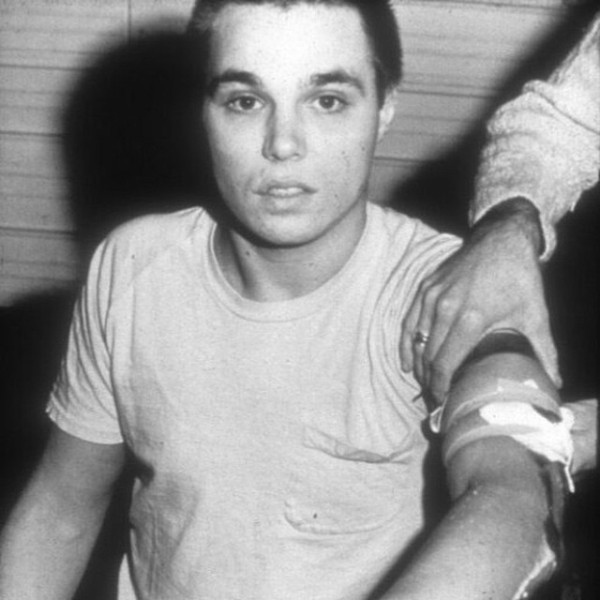 The first time I started trying to track down information on an artist rather than a rock band was, I think, back in 1988. I was 18, at the University of North Texas and an art appreciation class introduced me to Chris Burden along with the idea that a person would have himself shot or crucified or potentially electrocuted to death for the sake of art. And this was far more rock-and-roll than I had ever believed art could be, and so with that, my interest in contemporary art kicked in. Burden is why I have this job, and have been sucked back into jobs around art, again and again, for what is now decades. 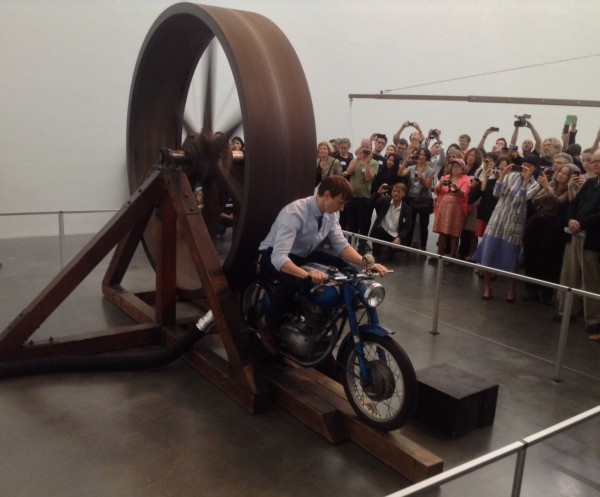 This Burden lightbulb was pre-Internet, by years, so as we did back in those days, I took myself to the campus library. After loading up microfiche and microfilm of dispassionate LA newspaper stories about early Burden work like him crawling across glass and shutting himself in a locker, I finally asked the art teacher where I might get more meaty information on Burden and the meaningfulness of his work, and she sent me to the art-media library at the top of the art building. But still, there just wasn’t that much information there, or I simply had no map for navigating old issues of Artforum.

I asked around, but my friends in the art-and-music dorm didn’t know much about him either; we were all still teenagers. Thinking back on this, it seems insane that Burden information wasn’t more available to a Texas kid at a big state university, but Burden’s early works had created their own kind of folkloric mystery realm, even though he had moved past his extreme performances by that time and started on his engineered pieces, including The Big Wheel and Samson. And I was such an intrepid little 18-year old researcher, up to a point. I would track down the most obscure stuff on the Replacements and Elvis Costelleo—piled on my shelves at home were old back issues and other ephemera I would drive all hours to buy off of crusty old collectors. Why couldn’t I get the same satisfaction with Burden? And I hadn’t met the art school’s formidable Vernon Fisher yet, who might have filled me in (or chosen not to). I wasn’t even an art major. 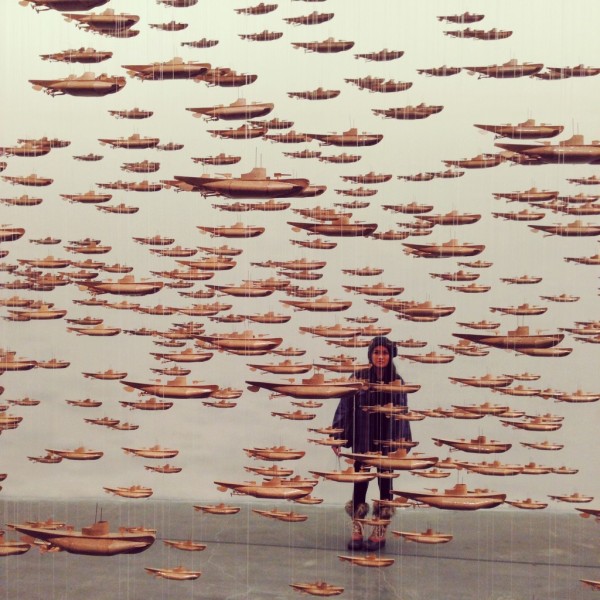 Of course this part of the story works out fine in the end, because over all these years there has been plenty of information made available to anyone and everyone about Chris Burden. And over the years, thank goodness for cheap plane travel, jobs in curating and journalism, retrospectives, and the damned internet. And I finally saw The Big Wheel in person and in thunderous, terrifying motion, at Burden’s 2013 retrospective at the New Museum.

So early this morning (I’m writing this on Monday) my cell phone pings—no big deal. I’m a night owl so I’m not up yet. It pings again, and then one more time, and then I’m like: Oh shit. The repeating text ping. Something bad is happening.

It’s my boss, and she’s letting me know that Chris Burden is dead. He was 69. And then I join the small but very real heaving wave of the art-loving people and professionals, world-wide, who are genuinely dismayed by this news.

Chris Burden was—as far as my aesthetic, visceral, and intellectual understanding of art stretches—the most convincing living artist we had going. He frightened some people, and left others cold, but his art qualified the existence of a new kind of art from 1971 onward: When your own California art professors are reluctant to give you your MFA because what you do scares the daylights out of them, then you might be onto something. There are caveats to this idea nowadays, but back while the Vietnam War was raging, fear of art was a political issue.

That introduction to Burden’s work in my UNT art-appreciation class brought together for me a nearly instantaneous understanding, through its very intersection, of art forms I’d not been previously exposed to. It was performance, conceptual, something they were calling body art, and art that was profoundly politically engaged with its time in a way that was recent enough for me to comprehend. His extremes caught my attention, but the door his work opened—for my actual desire to see and understand contemporary art—lasts through today. And his rigor and commitment, his endurance and even gratuitousness is something I find missing in 99 percent of the art I see being made all around us these days. 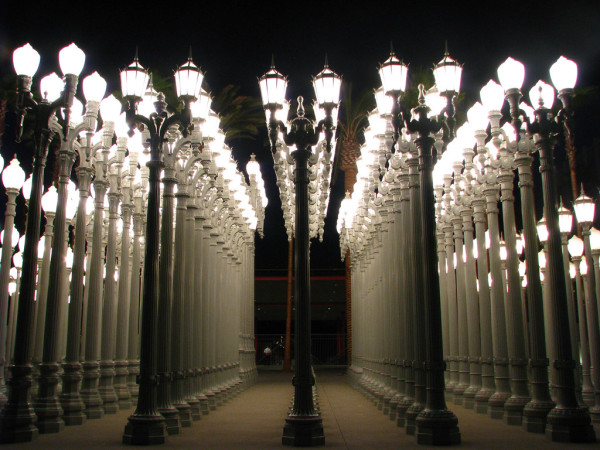 I cry today not just because the art world (whatever that means) lost a pioneer, but because the radical, shocking, and fearless approach to making art that he pioneered has been watered down and reconstituted and disseminated by pretenders to the point of meaninglessness.

His career range was stunning, and fortunately, now available to avid Internet surfers.That old nugget about how most artists only have one thing to say, so they spend their careers making art that says that thing over and over (many of them until they’re sick of their own shit and we certainly are)—this doesn’t apply to Burden. He had many concerns—mistrust of authority; the media’s stronghold on people’s perception of reality; the limits of human endurance; the strengths and limits of human-made engineering; the wonders of natural physics and the search for balance; the futility of applied value; the underpinnings of political maneuvering; the proliferation of war and its machines; the trust or lack of trust and communication between artist and audience (and this is not all)—and he went at each and every body of work with the determination of a tank, the patience of Job, and the precision of an architect. I’m not entirely sure how he stood our version of civilization for 69 years. He was too smart for it, and maybe also too sensitive to endure its hypocrisy without occasionally breaking. 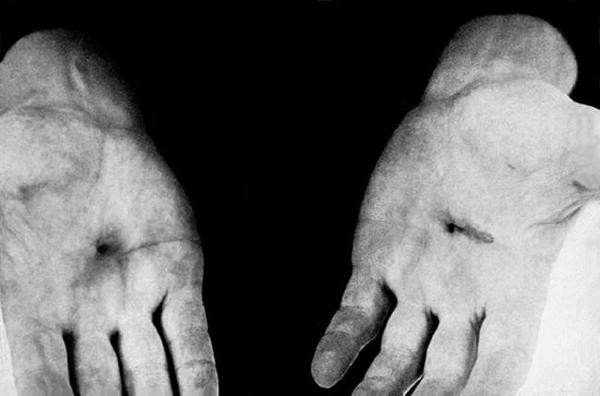 As soon as I got the morning text, I burst into pre-caffeinated sobbing and typed out a short, typo-ridden news item for Glasstire. Then I woke up my husband and told him. He mumbled: “Oh, God.” Still crying and on auto-pilot, I shuffled into the kitchen to feed the animals and make coffee. Within minutes, I could hear Richard in another room listening to Jimi Hendrix’s “Voodoo Child.” I don’t think this a coincidence. I think this was half-sublimated but also straightforward sign of grief, as practiced by another artist whose world is disappearing, in fits and starts, with every passing day. And then I crawled back into bed and wrote this.

Rest in peace, Chris Burden. You were one of a kind. Thank you.

Very incisive, thanks.
Of course I always got him confused with the dude from the Animals…

It is tough to deal with his ideas. .. Physical pain is beyond the spectrum. I cringe, but am more aware because of his passion.

As a naive art student I found myself in Terry Allen’s guest artist class at Fresno State University in the year 1974. We were treated to the likes of John Cage, Richard Artschwager, Via Celemans and Chris Burden.
The rumor; he was the most controversial artist in the world at that time. Imagine our amazement when this soft spoken, really nice guy showed up and presented his films (shoot etc.) and showed us his works. He was accessible and left us with a model of what it means to be totally committed to one’s own ideas. Thanks Chris
I heard the news when I was in my studio. I so appreciated Chris and all the people I was around at that time.
So Chris

This was splendid and moving, and captured exactly why I can’t shake the grief of his passing all this time later.