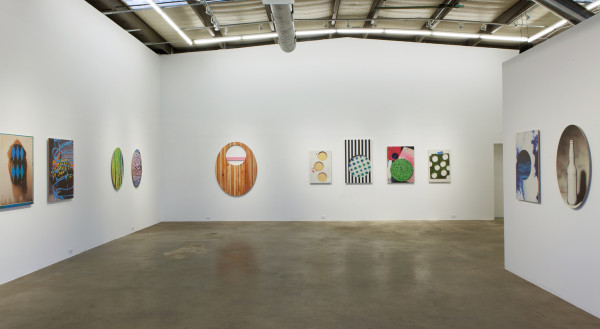 Erin Cluley has a great space only a block further off the beaten track from the warehouses which held WareWolfHaus and DB14 in West Dallas. They used to repair trucks in this metal building by the railroad tracks; now it’s a beautiful white box with a huge glass door.

When I visited, it was filled to overflowing with Kevin Todora’s curious work: large-scale inkjet prints on MDO (medium density overlay) board, a kind of high-quality plywood with a smooth, papery face used for signs. 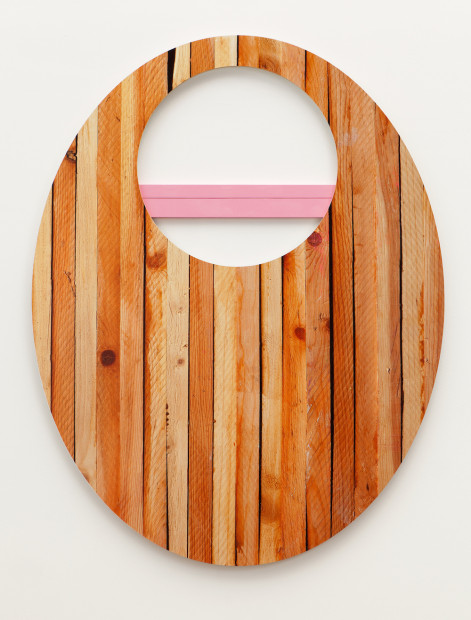 If a contemporary painter had done these they would have been called paintings. Coming from a photographer, they are photographs. But these shaped plywood panels could as easily be called sculpture. 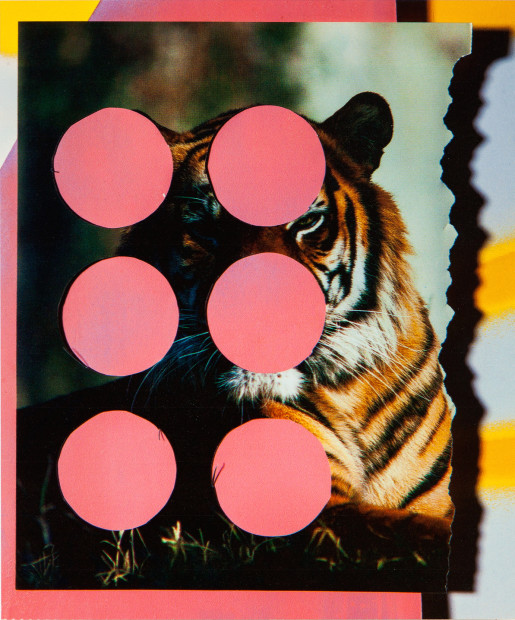 Without a single mouse-click, the pieces refer heavily to the clichés of digitally manipulated images that were novel ten years ago: spray painted lines, cheesy drop shadows, and vivid clip-art textures of grass, clouds, cardboard and wood, abruptly cut into simple, quasi-mathematical shapes. 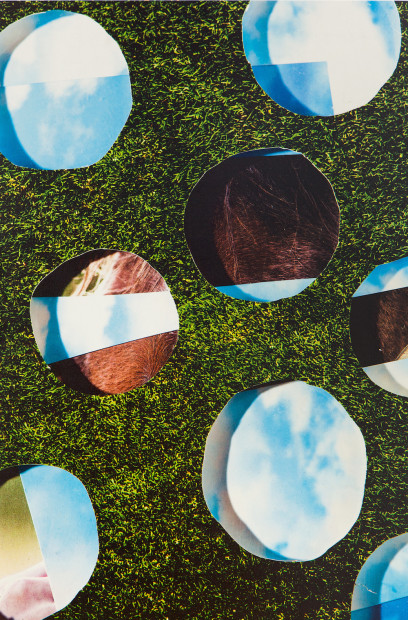 Like a sculptor, Todora does his manipulating in the real world, not in post-production. Each piece is a straight photograph of a stack of painted, cut-out, and collaged materials. Simple enough, but some of those materials are themselves photographs, and that’s where it gets interesting: a swatch of green grass or an image of a buffalo is easily spotted as re-photography, but what about flat materials like cardboard, crumpled paper, or wood? 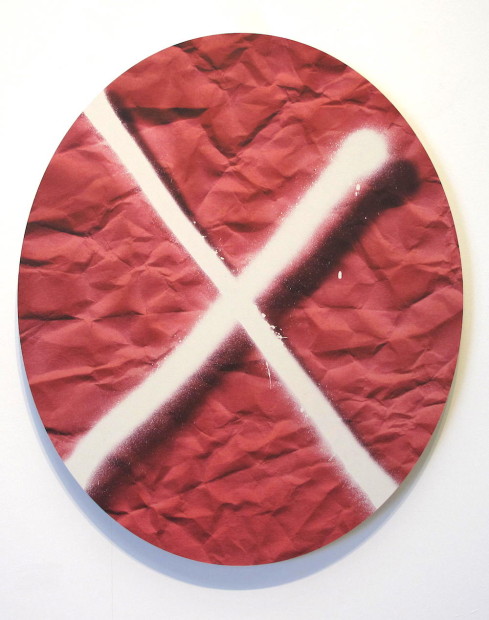 This recursive layering of imagery gives them a restless unfinishedness. It’s easy to imagine each artwork in the gallery being re-photographed as yet another layer in some future work. 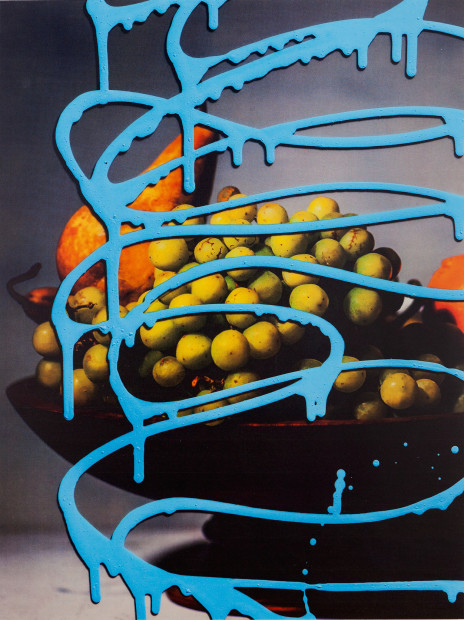 Part of the fun of Todora’s work is in guessing what’s what. As near as I can figure, Big Drip is a photo of a poster of a painting of a bowl of fruit, covered with a sheet of painted glass, and that’s one of Todora’s simpler pieces. The “real” subject of the picture gets lost in the layers. With devilish disingenuousness Todora sets up situations that, when photographed in the most straightforward way, look like the product of photographic trickery.

Certainly it’s post-photographic navel-gazing, but it’s entertaining. It’s all about getting rid of things like photographic verism, art history, portability, and narrative. It’s spiced with an undercurrent of anatagonism: the two most common gestures in Todora’s repertoire are excision and defacement; when he’s not cutting the heart out of things to make holes, he’s crossing them out with crude graffiti.

They are astonishingly fresh, especially so since they are found-image photocollages in the ancient tradition pioneered by Picasso and carried on by Hannah Hoch, Kurt Schwitters, John Baldessari, David Hockney, ad infinitum. I wouldn’t have believed there was another rabbit to be pulled out of that old hat, but Kevin Todora’s pieces made me do a double take, and wonder what the hell it means to make an image in 2015.