John Atlas came to Houston with his parents at the age of three. The son of a doctor, at sixteen he experienced a vision about man and nature while scuba diving in Mexico, dropped out of high school and decided to devote himself to art. 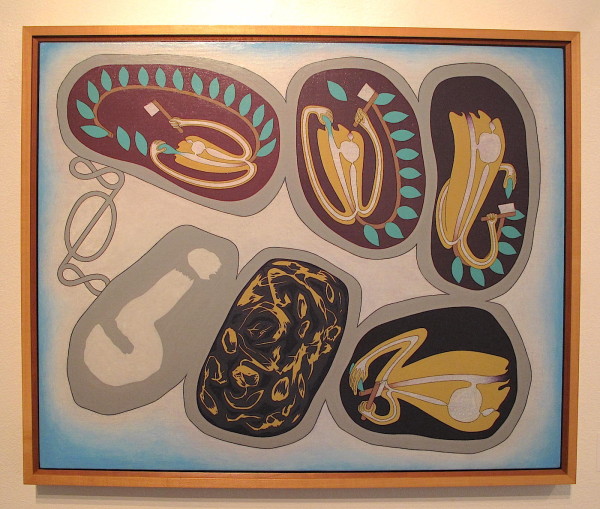 His first works, from the early 70s, are meticulous, trippy graphics, influenced by various strains of early modern art and underground comics, full of symbolism, obscure narrative, and anti-establishment suspicion. Even then, Atlas was a craftsman; the love for precision so evident in his art also applied to the woodworking that, higgledy-piggledy, became his livelihood. 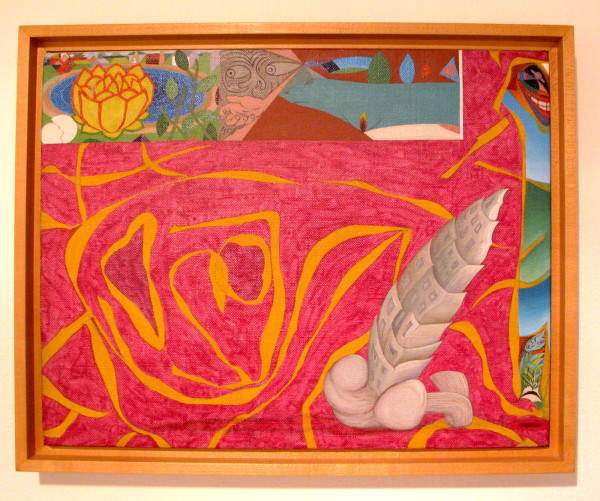 Atlas showed works around Houston in the 70s and 80s, but his last public exhibition was in 1989, at Diverseworks. He didn’t stop making art, but after 1989, the exacting demands of Atlas’ vision, and the revelatory, diaristic subject matter made it too difficult for him to display work in public, where it was, he felt, liable to be misinterpreted.

Now he’s back. Some of the work in his retrospective at the Art Car Museum was in that 1989 show. According to curator and longtime friend Jim Hatchett, who coaxed and finagled this new exhibition from the reclusive artist, every exhibition of Atlas’ works has an updated retrospective: the same old story, with new chapters added. 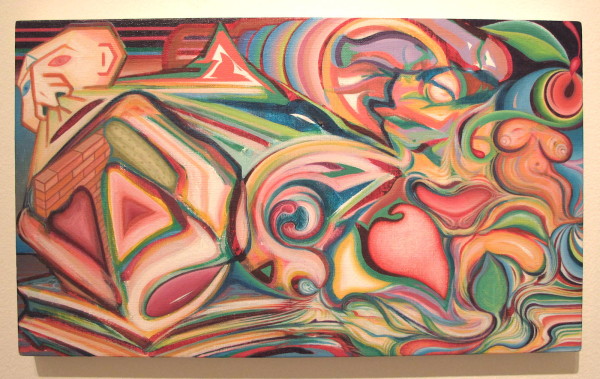 Withdrawal and the Momentum of Desire, 1991

Unlike most reclusive artists who fear misunderstanding, John Atlas is good. Like most outsiders, he’s also erratic, idiosyncratic, and obsessed with obscure themes that sometimes come across, and sometimes don’t. What does come across is a fascinatingly authentic, long-term struggle to externalize thoughts and feelings by any means necessary. 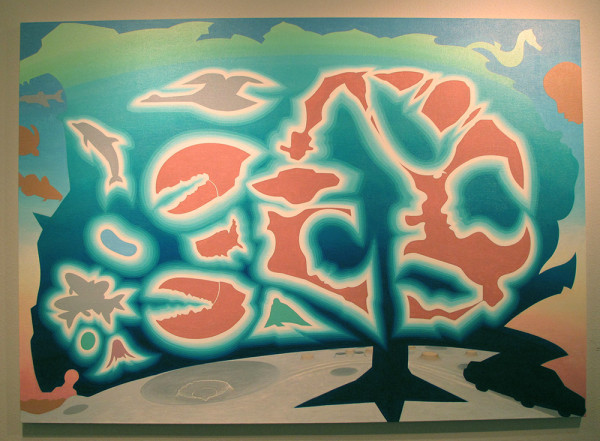 Evolving, (1998-2000) is one of the most accessible and finished of Atlas’ works. A tree of radiant turquoise-and-salmon silhouettes springs from a moonlike landscape of stumps and craters. It’s like a hopeful diagram for world salvation.

Atlas’ means are not limited to painting. Although paintings make up the bulk of the show, a selection of props, sketches and sculptures add a sense of the variety of Atlas’ approach to art. To him, it’s the message, not the medium, that’s important. 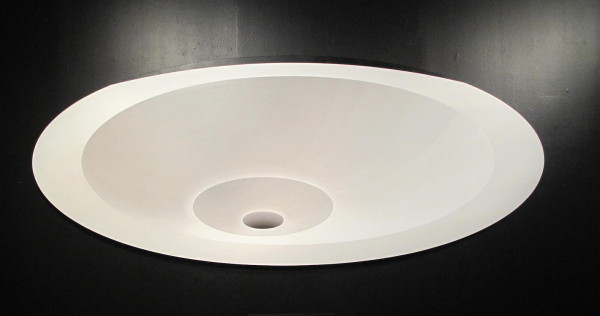 Crater, a large oval canvas (stretched, I’m told, over a ridiculously finished oval stretcher that is a work in itself) is almost an installation, sucking viewers into the back gallery as if it was a giant drain, or the black hole at the center of the galaxy. 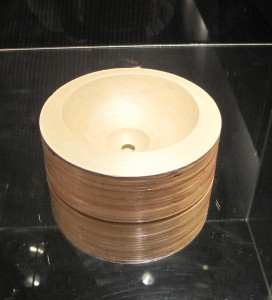 In a nearby vitrine, the tidy wood and plasticene model he used to make the painting illustrates Atlas’ methodical working process. Crater bears the date 2006-2014, and many other works have similar spans, not representing uncertainty about their dates, but the long years over which Atlas worked and reworked them. 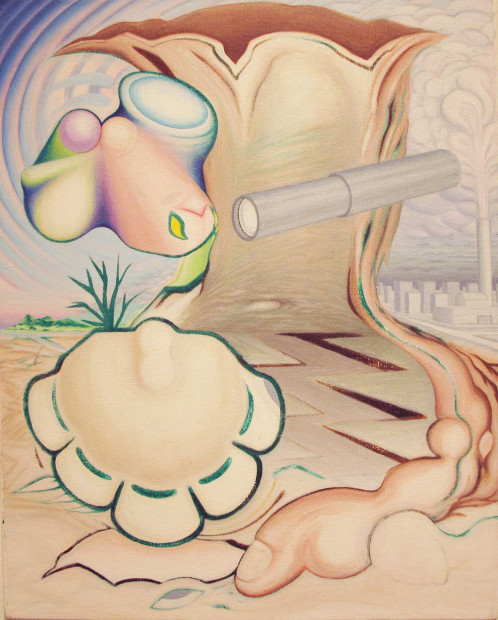 Nevertheless, Atlas’ works fall into groupings corresponding with different periods in his working life, and this is how Hatchett organized the show, battling with the artist’s reluctance to prioritize the works’ style and history over the internal monologue that, for him, is the works’ prime mover, and its only proper frame of reference. Luckily for us, Hatchett won, and Atlas’ retrospective is coherent to the uninitiated. 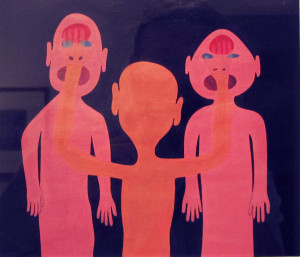 Atlas’ is a typically Houston story, bringing to mind the survey the Art Car Museum did for Houston artist Ron Hoover in 2010. Part of an art community cut off from commercial centers, the young Atlas was under no pressure to professionalize, and with the cost of living low, nor was he under any pressure to quit. For him, pursuing art has been a calling, not a career. A chance for the public to survey where this calling has led such an intensely private artist over the past forty years is an unusual opportunity.

I spent a week in Houston recently, and I made the rounds to see as much art as I could during a very short visit. I was impressed by John Atlas’ work. After waiting decades to see what he was doing, I was happy to see so much good work. Crater is a wonderful piece. It belongs in the Menil Collection.

Andy, I totally agree with you!

I want to thank all involved in the recent survey of my work for the opportunity to witness so many people, of all ages and backgrounds, intensively engaging with my work. Yet it is discomforting to see myself and my work represented by misinformation in this review. I remain available to all who are interested. The forthcoming catalog may offer additional insight into the ideas which motivate me.

John. A belated congratulations on your show. Great to see you’re still creating wonderful work. If you see this and feel inclined to reconnect after all these years I’d very much like hearing from you. Best wishes.

Hi John. Carla and I met an artist w memorable last name of Atlas at the moonlight at the Menil . We were talking about resin casting and other fun things. Are you this Atlas? If so I could send you in process rubber molding snap or two if you like.