At a ceremony on Saturday morning, March 28, the Menil collection formally began work on a new $40 million  freestanding building for the Menil Drawing Institute.

A plan for a park-like extension of the Menil Campus towards Richmond Ave. was outlined amid the usual congratulatory banter. The new building will link the main Menil building, the Twombly Pavillion and Richmond Hall with walking paths. The plan also extends West Main St., which used to dead-end into the old Richmont Square apartment complex, which has been torn down to make way for the Menil expansion.

The 30,000-square-foot, $40 million MDI building was designed by the Los Angeles architects Johnston Marklee, and principals Sharon Johnston and Mark Lee were in attendance at the groundbreaking ceremony, along with Mayor Annise Parker,  the Menil brass, and assorted Houston culture mavens.

The new construction for the MDI building is scheduled to be finished in mid-2017. 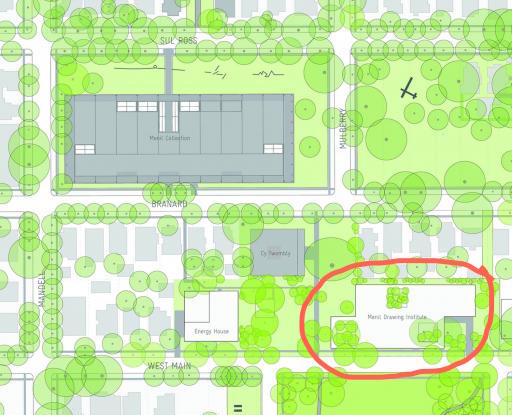 Budding Architects and Environmentalists: Lend a Hand in...